Anchorman 2 isn't opening for another two months, but that didn't stop producer Judd Apatow from stopping by Late Night With Jimmy Fallon to promote the film. Apatow didn't have any clips, but he did bring along the brand-new poster for the film, which is, fittingly, spectacular. The only thing that would make it better is if it was in 3D and Ron Burgundy got up in your face and said something terribly offensive. Also in this clip: Edward Norton doing a spot-on impression of Woody Allen. Truly worth your time, especially since this poster will inevitably end up in every college dorm room for the next five years. 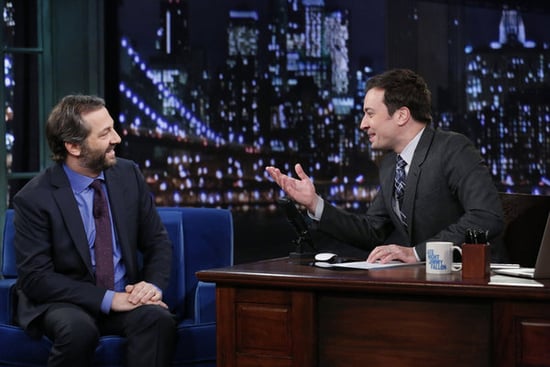 Check out the clip and the poster after the jump.