Joel Edgerton wrote, directed, and stars in The Gift as Gordo, a stalker so creepy that he earned a place on our list of the creepiest movie stalkers of all time. He enlisted Jason Bateman and Rebecca Hall to play Simon and Robyn, a couple who each have their own questionable pasts. When they move back to Simon's hometown, they suddenly find themselves being followed by Simon's old classmate, Gordo. At first he appears to be flattering them with personalized gifts, but then, as all good stalker movies do, it gets creepy. I got a chance to sit down for some one-on-one time with Edgerton and found out about the thrillers that inspired him to make The Gift and what was important to him to include in the movie. 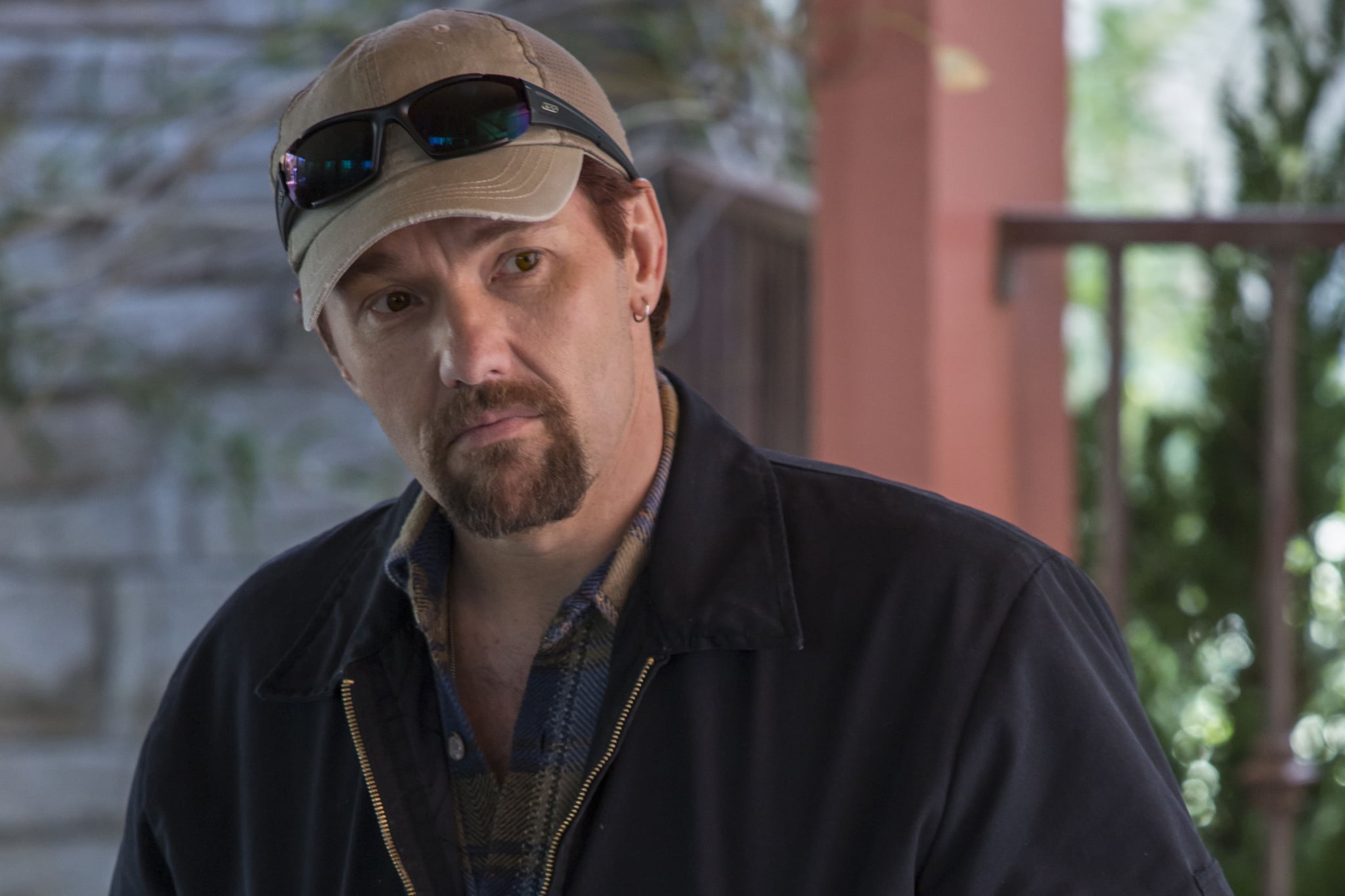 POPSUGAR: What thrillers can you remember having a deep impact on you?

Joel Edgerton: The one that really rattled my cage was Michael Haneke's film Caché. Funny Games really rattled me, in terms of a movie where you have a couple who are besieged by somebody else. I really loved Fatal Attraction, Cape Fear, even Pacific Heights.

PS: Play Misty For Me?

JE: Play Misty For Me is a freaky film, and then noir films like Body Heat and stuff like that. When I watched Caché, it was really interesting because if you watch a movie like this and if you are halfway intelligent, you are constantly guessing what is going on. You are put right in the same mindset as the central characters, as they try to piece together the truth. When I came to write this movie, I wanted to use all the — what I call the ramp — the first-act ramp of movies like Fatal Attraction and Cape Fear, but then do something very different in the middle of the movie that allowed us to feel like it was loaded up with more mystery than daggers on the stairs and blood spilled on the carpet.

PS: What was great about this is you never really the know who the bad guy is. Jason Bateman's character is certainly no angel.

JE: He essentially hasn't changed. So much of the film for me is about those roles we played in high school and then 10 to 15 years later, are we the same person? Have we evolved? Do we have the right to look into our partner's past and go, "What are the things you did before I met you? Are they part of your DNA? Should I judge that or should I forget about that?" But also, are you able to look back in your life with an open mind and an open heart and acknowledge the sh*t that you did, or are you someone like Jason's character? Rebecca's character, Robyn, is very much like, "Wouldn't it be a good thing? You are not necessarily responsible for every bad thing that happened, but you are a part of it and why don't you just acknowledge that?" Jason's character is the opposite. He is that guy who just likes to keep moving forward and thinks that time will make everything OK. You do not apologize, because apology is a weakness.

PS: It's easy to say that Rebecca's character is the "good" one, but do you relate to all of her choices?

JE: Yes, in many ways, but also it comes from an idealistic point of view from her. Even Jason's character points out that the engine for her is perhaps the wish or the desire that her own awkward past in high school could be erased if people who had made life hard for her just suddenly lined up and were like, "OK, I am sorry about the way that we treated you." It is important for me that her character could relate to and empathize with Gordo because she had had her own bumpy road in high school. She was probably a bit of an awkward kid, and for those reasons we have different empathies. She also has her own flaws and has not handled her own past very well, but I am also really interested in the way men and women control each other within relationships. Jason is a cool and interesting character in the beginning and then he changes.

PS: There are definitely a lot of little things that make their relationship seem off.

JE: The first thing people want to get rid of when they make a plot-heavy movie is character. That stuff can really confuse an audience, but it is very important to me, because Robyn really is the center of the movie. It is about this bad blood between these two men, but we can't honestly say we trust either one of them. Who we can trust is her and she is our eyes on the inside, but it was important for me that she wasn't just some perfect, squeaky clean person and has her own low opinion of herself. In many ways the film is about discovering things about the people we think we know so well. She is definitely a professional and a strong woman, but she is allowing herself to be controlled, manipulated, and moved around the country by her husband. We're watching her evolution of standing on her own two feet and sending him off on a mission to apologize and make things good because it is the right thing to do.

Friends
From "Fat Monica" to Fat Amy: How Hollywood Highlighted My Internalized Fatphobia
by Grayson Gilcrease 14 hours ago

Laverne Cox
Laverne Cox Was Dubbed by a Male Actor in the Italian Promising Young Woman, and It's Not OK
by Kelsie Gibson 1 day ago

Edward Norton
Between Janelle Monáe and Dave Bautista, the Knives Out 2 Cast Is Looking Pretty Damn Good
by Grayson Gilcrease 2 days ago