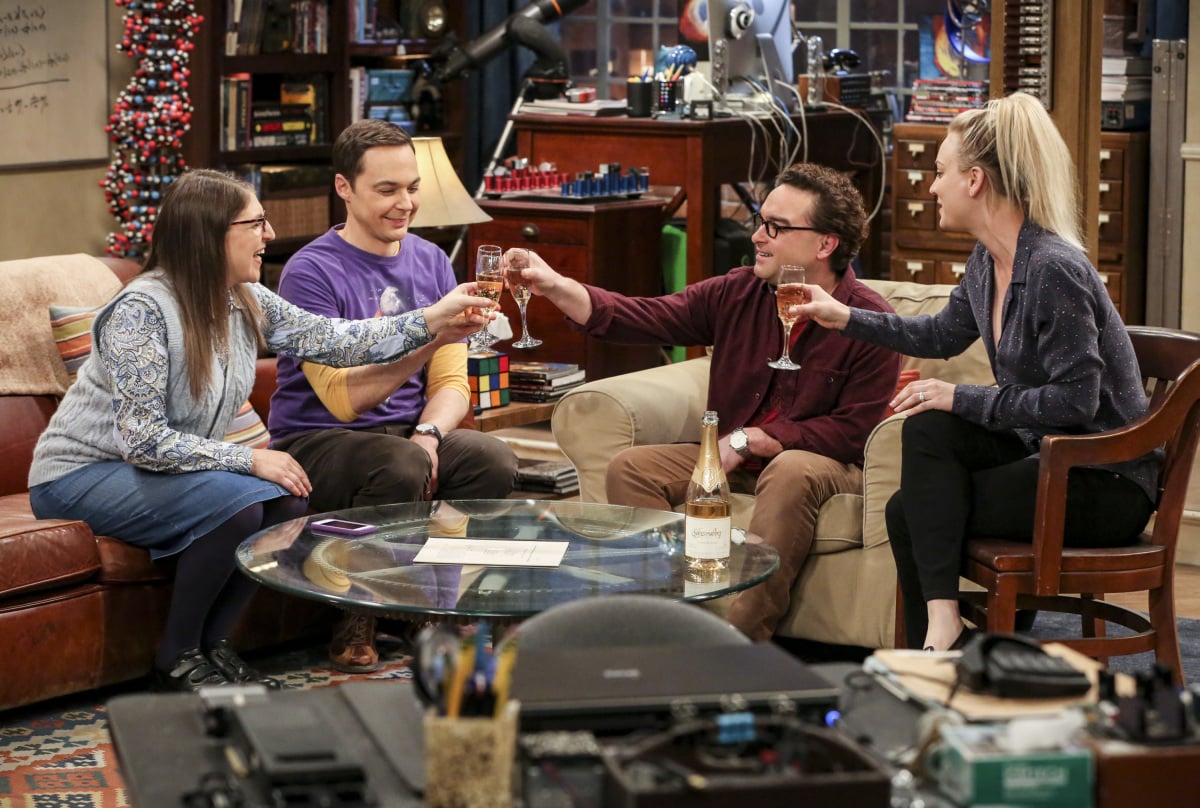 When The Big Bang Theory wraps up its 12th season this year, it'll be the last we'll see of Sheldon, Penny, Leonard, Raj, Amy, and the rest of the gang. Back in September, it was confirmed that the CBS sitcom is officially ending, which earned some appropriately emotional reactions from the core cast. Now, series star Jim Parsons, who plays nerdy physicist Sheldon, has spoken out about why this is the perfect time to end the show in an interview with EW.

"It's both as complex and as simple as just feeling innately that it was time. It speaks to a lot of things, none of them bad," he explained. "There is no negative reason to stop doing Big Bang. It felt like we have been able to do this for so many years now, it doesn't feel like there is anything left on the table. Not that we couldn't keep doing it, but it feels like we've chewed all the meat off this bone."

Related:
Mayim Bialik Is Devastated by the End of The Big Bang Theory: "Am I Happy? Of Course Not"

Parsons previously posted a tribute on Instagram, where he said he feels "such intense gratitude" for the show's devoted viewers, as well as the crew and his fellow cast members. Of course, there are a few upsides to moving on from playing Sheldon, chiefly the fact that he'll get a break from the character's signature t-shirts:

"I guess at a personal level, it feels like the right time in my life. I don't know what's next for me. It's not like there is something specific I am aiming for. I'm firmly in my middle age now. I don't know how much longer I can wear [the t-shirts] without looking really long in the tooth. In a way, it's exciting. What is this next chapter of life? What is this next chapter for all of us? It will be very, very sad when it does end, even knowing [I am] okay with it. People are okay when they graduate but there are frequently tears at graduation. It's hard to say goodbye to people that you have worked with for so long."

The Big Bang Theory's 12th season is currently airing, so make sure you savor each and every science joke and half-hearted attempt at faux-eating.

TV
Cruel Summer: A Clear Breakdown of the Timeline Between 1993 and 1995
by Kamrun Nesa 16 hours ago

Netflix
The Sons of Sam: Who Was Roy Radin? How He Was Potentially Linked to David Berkowitz
by Stacey Nguyen 17 hours ago

Netflix
The Sons of Sam: Who Was John Wheat Carr, and What Happened to Him?
by Stacey Nguyen 18 hours ago