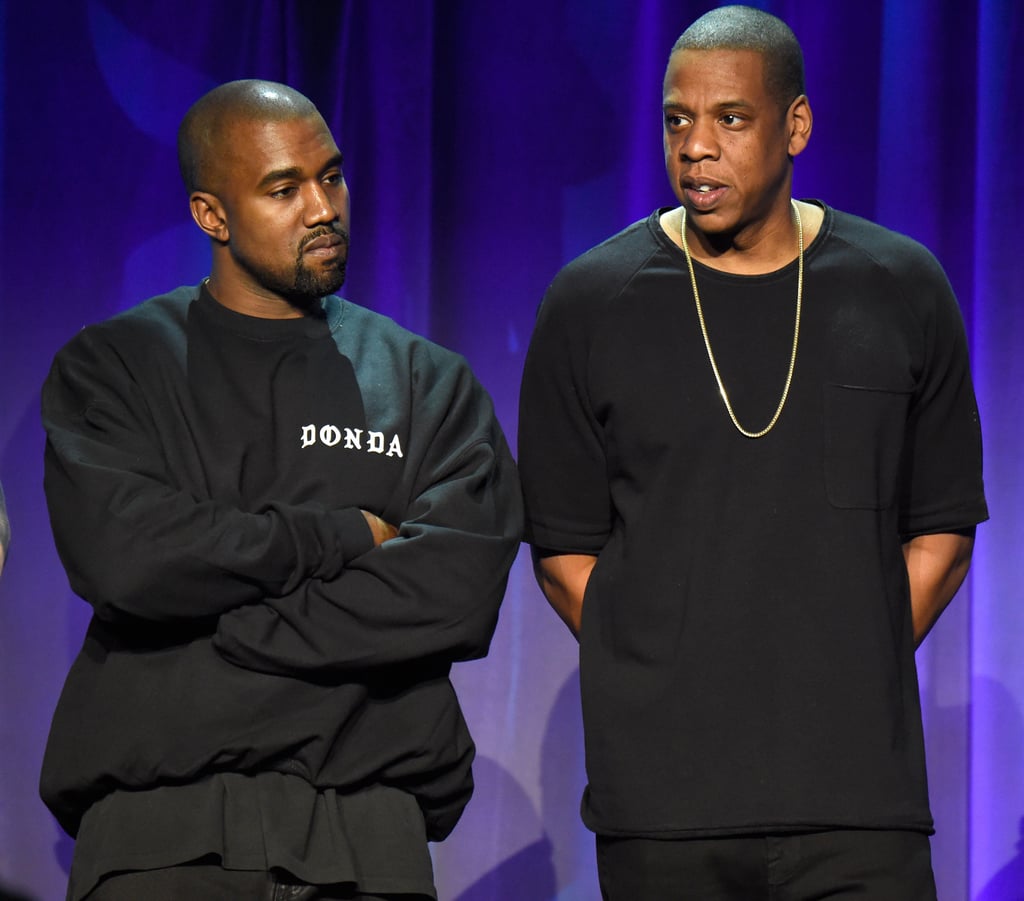 If there's ever a rapper who could make verbal decimation into art, it's JAY-Z. The rapper takes things to a whole new level of savagery in his verse on "What's Free," a collaboration with Meek Mill and Rick Ross for Mill's new album, Championships. The track is a spin on the 1997 classic hit "What's Beef" by Notorious B.I.G., and JAY-Z's verse appears to take several shots at his former friend Kanye West. It seems the Brooklyn-bred rapper is just as over West's recent antics as the rest of the world.

For those who forgot, the rapper's "feud" with West (I use quotations because it's not really a feud when one party is taking all the hits) began back in 2016, and for a hot second, we thought things were looking up between the two. Even after JAY-Z dropped some revealing lyrics that hinted at the dissolution of his friendship with the Chicago rapper on his latest album, we had hope. Maybe their reunion would help "make Kanye 2006 again." If anyone is still holding out those hopes after hearing JAY-Z's verse on "What's Free," though, I would love a sip of whatever they're drinking.

JAY-Z seemingly takes pointed jabs at West's fervent support of Donald Trump and wearing his "Make America Great Again" hat. "No red hat, don't Michael and Prince me and Ye / They separate you when you got Michael and Prince's DNA," the 48-year-old raps on the track. The rest of the verse seems directed at 45 himself, with JAY-Z going on to rap, "I ain't one of these house n*ggas you bought / My house like a resort, my house bigger than yours / My spou — c'mon, man — my route better of course."

Did you feel that? That was HOV shaking the damn table. While most have, understandably, interpreted the lyrics as a diss against West, some are digging deeper into the lyrics and wondering if JAY-Z is actually telling people not to pit the two against one another. While he definitely doesn't agree with West's recent political decisions, the verse could be seen as JAY-Z making it known that he isn't to be played or manipulated — which West revealed was the reason he recently decided to distance himself from politics.

The speculation led JAY-Z to make a rare appearance on Twitter to explain the verse. "The line clearly meant don't pit me against my brothers no matter what our differences are (red hat)," he wrote. "now go pick up Meek album. Drake and Meek on there together."

This is great news for those of us who are still hoping for Watch the Throne 2! Keep reading for fans' thoughts as they processed the JAY-Z verse and whether or not they believe it was a directed attack against Kanye. But also, just enjoy the track — it's so good.

Related:
Is Kanye West and JAY-Z's Feud Officially Over? It Sure Seems Like It
Previous Next Start Slideshow
Kanye WestJay ZMusicCelebrity FriendshipsCelebrity Feuds

Music
From Muni Long to Lucky Daye, Here Are the R&B Artists We're Listening to in 2022
by Njera Perkins 3 days ago