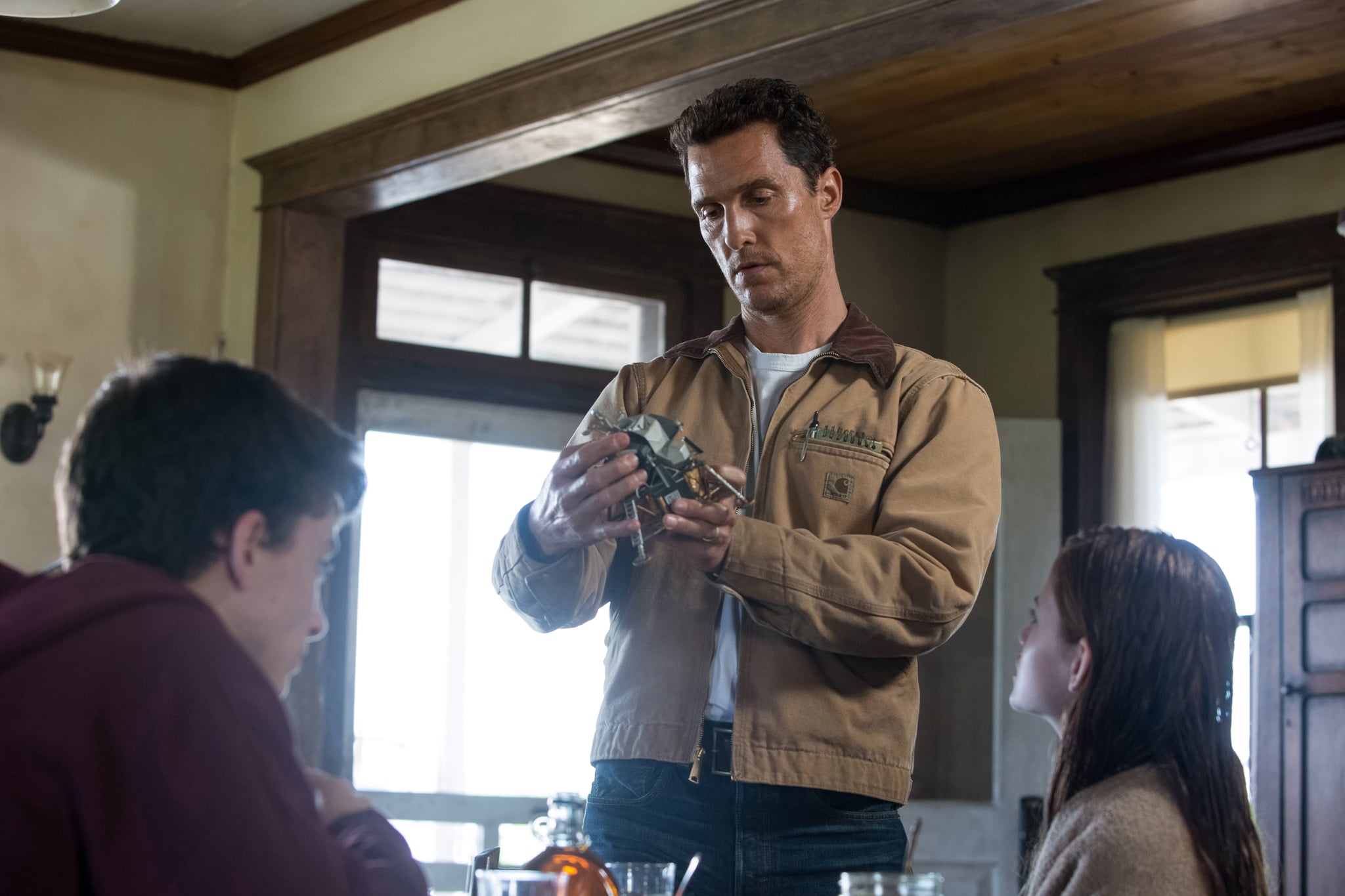 Christopher Nolan and Matthew McConaughey's new Interstellar trailer doesn't just have more footage; it has a new release date! Sort of. The new clip promises an IMAX release on Nov. 5, two days before its regular release on Nov. 7. To recap, Interstellar is set in a future where a depressed Earth needs to send people to other planets for resources, and McConaughey's character, Cooper, is an engineer who's been recruited for the task (he works alongside Anne Hathaway as another astronaut). Cooper has to leave his young kids behind, and there are lots and lots of emotions as he says goodbye. Try to hold it in as Cooper interacts with his children, especially his daughter (Breaking Dawn's Mackenzie Foy, played as an adult by Jessica Chastain). There are also other supporting actors, like Topher Grace, Wes Bentley, and Michael Caine. Watch the new trailer now, and see the previous trailers below also.