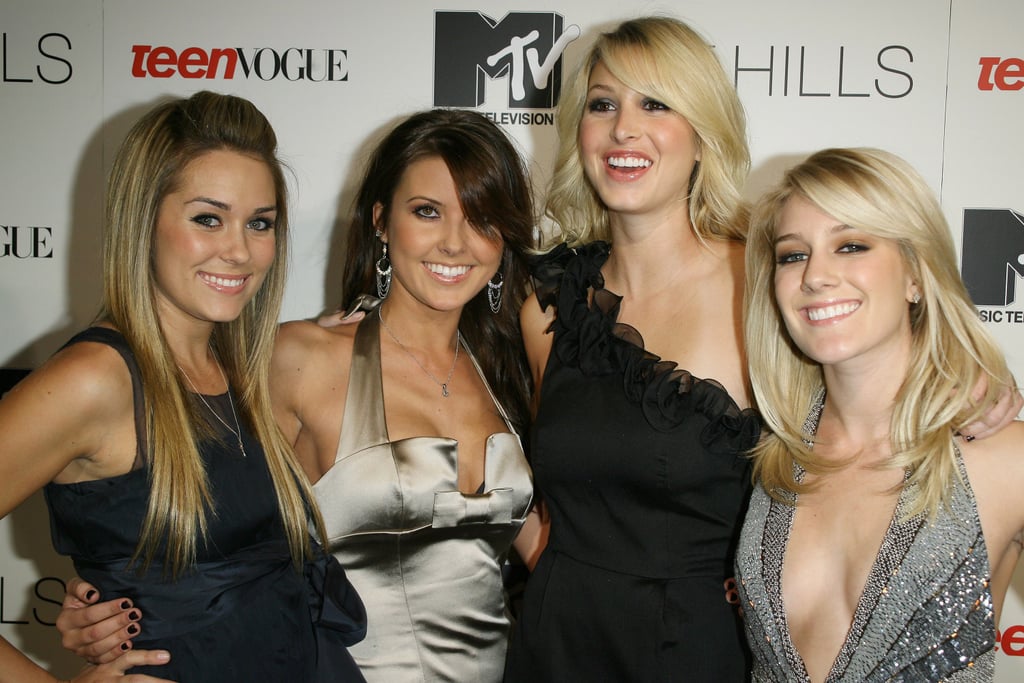 The Hills Is Officially Getting Rebooted on MTV — See the First Teaser!

It's official! After eight years, MTV is rebooting The Hills. The beloved cast had a huge reunion at the MTV VMAs on Monday, where the first teaser was released. In the clip, Stephanie Pratt talks about growing older in a voice-over while a new version of the classic theme song, "Unwritten," plays in the background. The new series, which is titled The Hills: New Beginnings, will feature original cast members and their kids and follow their personal and professional lives. Heidi and Spencer Pratt, Audrina Patridge, Jason Wahler, and Whitney Port are all set to return, along with a few new stars. Us Weekly reports that a celebrity and two bloggers have been added to the cast. See how fans are taking the news ahead.

Sarah Jessica Parker
And Just Like That, Charlotte, Miranda, and Carrie Are Back For the Sex and the City Revival
by Monica Sisavat 23 hours ago

Celebrity Instagrams
The Cast of Insecure Just Wrapped Their Last Day of Filming, and We're Hella Emotional
by Monica Sisavat 23 hours ago

Gossip Girl
50 Thoughts I Had While Watching the Wildly Dramatic Gossip Girl Reboot Trailer — Yes, 50!
by Kelsie Gibson 1 day ago

Nostalgia
This Disney-Inspired Wedding Is Absolutely Magical — Just Wait Until You See the 3 Princesses!
by Lauren Harano 2 days ago