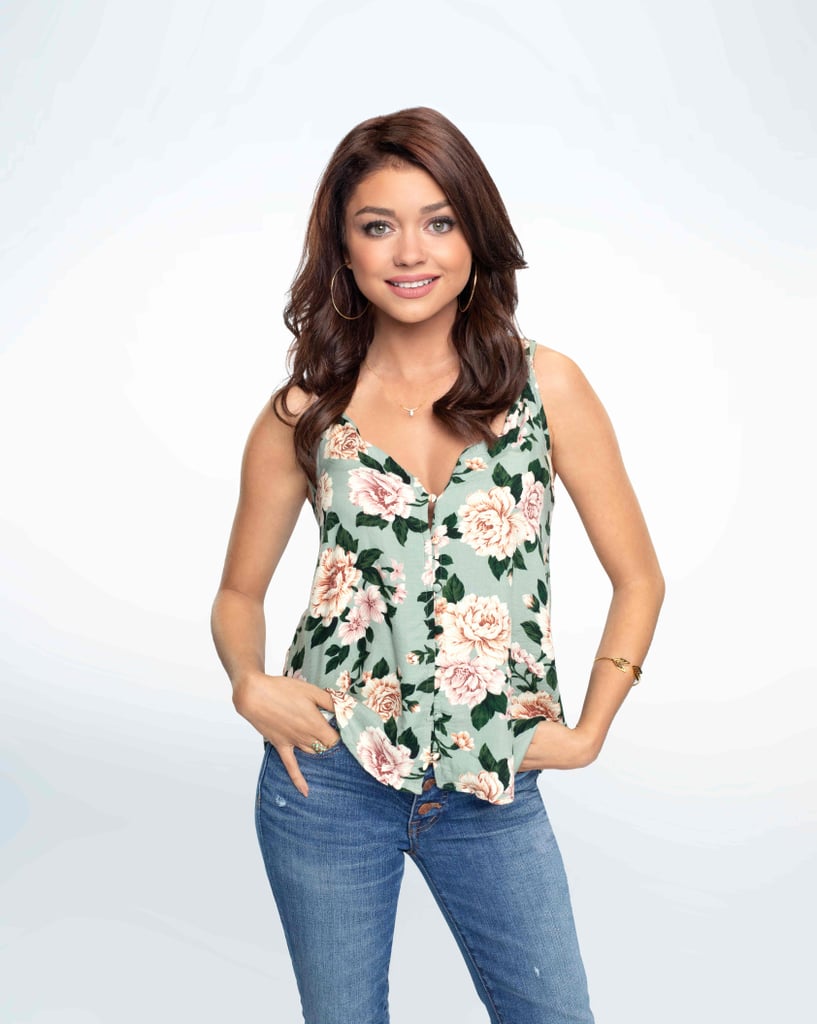 After Modern Family's emotional Halloween episode about the death of DeDe Pritchett (Shelley Long), the ABC sitcom is breathing new life into the series — literally. It was revealed in Wednesday night's "Did the Chicken Cross the Road?" that Haley (Sarah Hyland) is pregnant, but given who her presumed baby daddy is, fans aren't exactly thrilled. But before we get into that, let's dive into exactly how the big news is unveiled.

After Luke (Nolan Gould) uses lessons learned in psych class to classify Haley's personality type as a Peter Pan who doesn't want to grow up, she decides to do a mature activity with current boyfriend Dylan (Reid Ewing): a four-and-a-half-hour play. Of course, the pair decide to ditch it for some bumper cars at a local carnival, which leads to Haley getting a tube of lipstick stuck in her nose and a trip to the emergency room. That's when a nurse tells her that she's expecting. Cue the shock! Haley's eyes go wide with surprise, but viewers likely weren't too taken aback, given the recent clues (Haley's eating habits in "Good Grief," for instance, were enough to tip a lot of fans off).

But regardless of how Haley discovers the news, there's no question that her foray into motherhood is going to be interesting — and likely hilarious, if her own parents are any indication. But is Dylan really the father? That's what a lot of people are wondering, especially those who wish Haley would've ended up with Andy, or even Arvin. We'll have to wait and see how the comedy handles the twist, but in the meantime, scroll through some of the reactions to Haley's news ahead!

Disney Junior
Sweet Preschool Series Dino Ranch Is Getting a Season 2 on Disney Junior in 2022!
by Alessia Santoro 21 hours ago