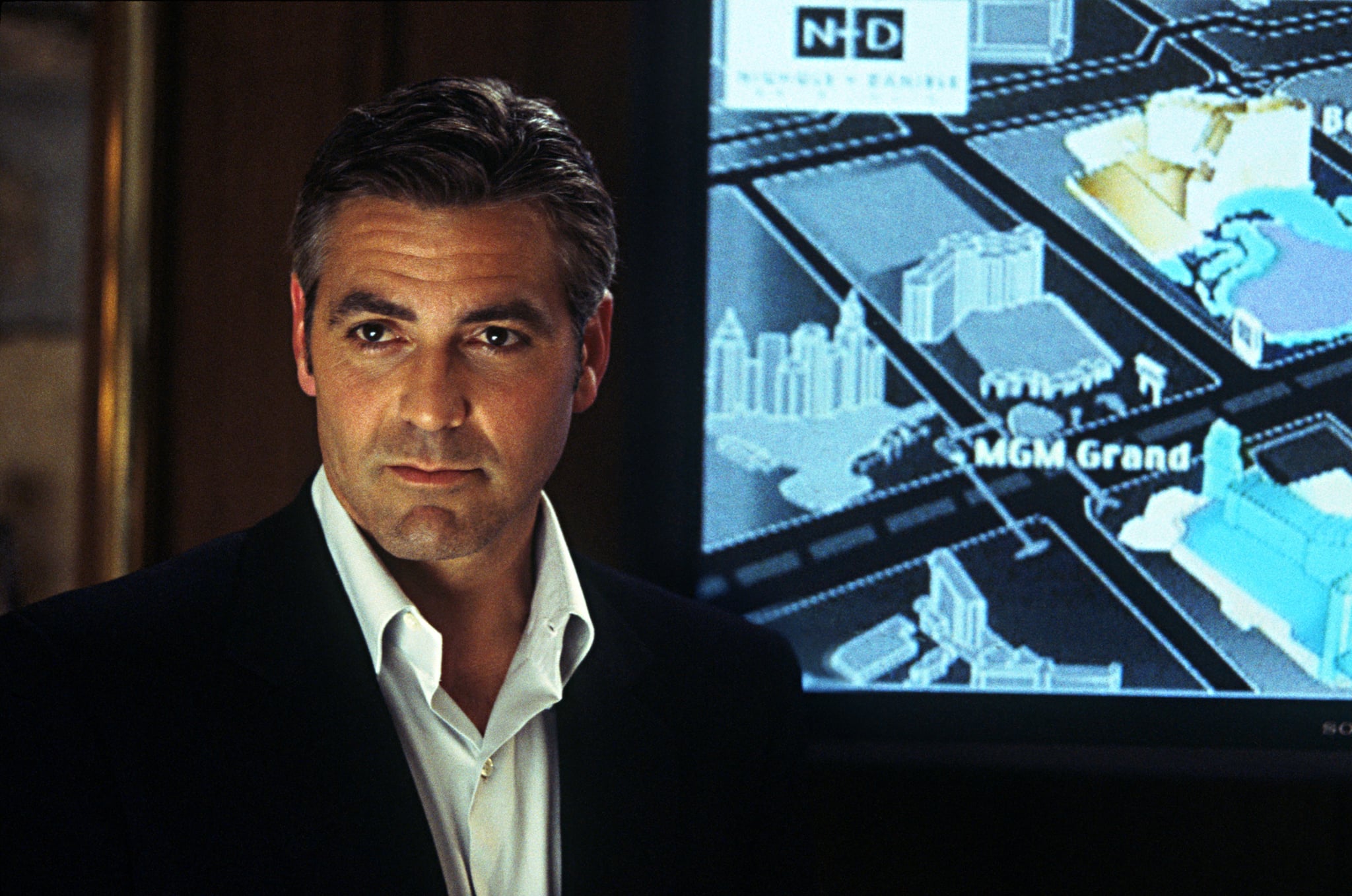 The cast for Ocean's 8 is chock-full of A-listers — Sandra Bullock, Cate Blanchett, Rihanna, Mindy Kaling, Sarah Paulson, Helena Bonham Carter, Anne Hathaway, and more — but there's one actor who is noticeably absent from the all-star lineup: George Clooney. Although the Suburbicon director originated the role of heist mastermind Danny Ocean in the initial trilogy — Ocean's Eleven, Ocean's Twelve, and Ocean's Thirteen — the character has been killed off in the new spinoff, which it hinted at in the movie's thrilling trailer.

The slick caper follows Danny's sister, Debbie Ocean (Sandra Bullock), as she devises a plan to pull off a jewelry heist at New York City's yearly Met Gala after being released from prison. With the help of her eclectic all-female crew, Debbie schemes to rob one celebrity (Hathaway) of her jaw-dropping $100-million necklace at some point throughout the event. In the trailer, squeezed between clips of Hathaway slapping someone and Rihanna's Nine Ball looking confused, is a shot of Debbie sipping a martini next to the marble grave of her brother. The plaque reads "Danny Ocean, 1961 - 2018."

Danny's death, though sad, makes sense. It gives Debbie a reason to carry on her brother's brilliant legacy of stealing stuff, as she notes to James Corden's character in the film, and also allows the story to be all about her. Part of what makes Ocean's 8 so fantastic is its empowering cast of basically all women (Corden and Richard Armitage are the only notable male roles).

But then again, this is Danny Ocean we're talking about — we wouldn't put it past him to have faked his own death to escape whatever mess he found himself in between the events of 2007's Ocean's 13 and now. Can't you see Clooney arriving in Ocean's 9 for a surprise cameo? Make it happen, Hollywood.

Margot Robbie
A Hose, a Kiddie Pool, and Other Products The Suicide Squad's Makeup Team Used on Set
by Danielle Jackson 19 hours ago