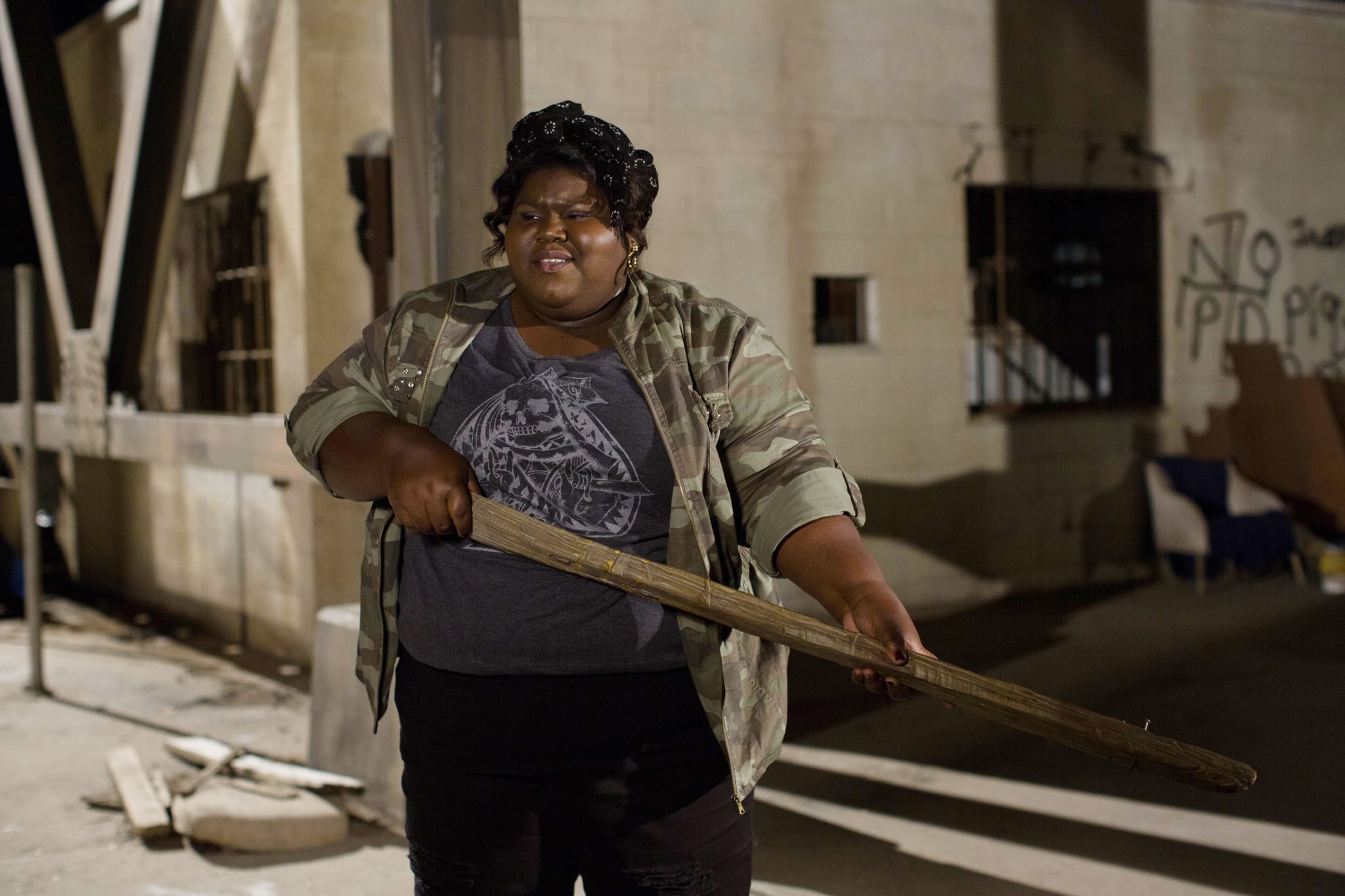 Let it be known that Gabourey Sidibe has excellent taste, both on Twitter and in what she takes from the sets she works on. After the Empire actress reprised her role as witch Queenie on season five of American Horror Story: Hotel, she asked production for one souvenir to take with her. Fortunately the thing she got was so incredible, it's now her "prized possession," which she recently shared on Instagram.

"Hi! Soooooo my prized possession is this poster of @im.angelabassett as Romana Royal from season 5 of #americanhorrorstory, given to me by my friend and writer, @johnnygray5. Ok bye. ❤️" All it takes is one look to see why she's so obsessed with it.

For those of you who haven't seen the Hotel season, Angela Bassett plays Ramona Royal, the star of a series of blaxploitation films from the 1970s (including hits like Slaughter Sister, Bride of Blackenstein, and Silky Fine). While on a journey to rise above her B-movie status, Ramona runs into the immortal vampire Elizabeth aka The Countess aka Lady Gaga. The two enter into a relationship, and although Ramona never becomes the A-lister she hopes to be, she does become a member of Elizabeth's afflicted, so that's . . . something. Regardless, we'll be forever jealous that Sidibe has the ultimate memento of the character: her movie poster for Cracker Hunter, which is truly a gift to this world.

Annie Murphy
No Longer a Little Bit Alexis: Annie Murphy's Kevin Can F*ck Himself Character Is Wild
by Grayson Gilcrease 1 day ago

Sarah Jessica Parker
And Just Like That, Charlotte, Miranda, and Carrie Are Back For the Sex and the City Revival
by Monica Sisavat 2 days ago

Celebrity Instagrams
The Cast of Insecure Just Wrapped Their Last Day of Filming, and We're Hella Emotional
by Monica Sisavat 2 days ago

Gossip Girl
50 Thoughts I Had While Watching the Wildly Dramatic Gossip Girl Reboot Trailer — Yes, 50!
by Kelsie Gibson 3 days ago