This week, Brad Pitt will be pitted against an army of the undead in World War Z, but back in the day, he was just fighting his fellow (living) man in Fight Club. If you're a fan of the 1999 film starring Edward Norton and Brad Pitt, then you probably know the cardinal rule of Fight Club is that you're not supposed to talk about it — but that doesn't mean you can't quote it. Take a look at a few of my favorite lines from the movie, and then share your own in the comments! 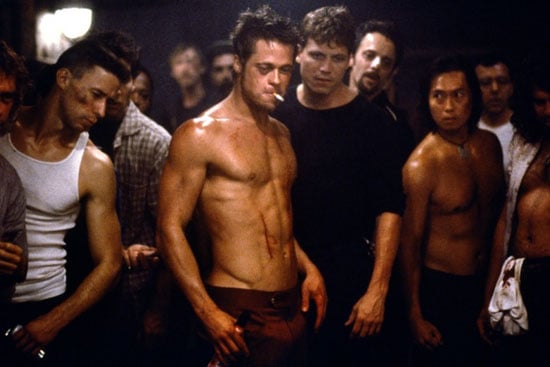 Laverne Cox
Laverne Cox Was Dubbed by a Male Actor in the Italian Promising Young Woman, and It's Not OK
by Kelsie Gibson 2 days ago

Edward Norton
Between Janelle Monáe and Dave Bautista, the Knives Out 2 Cast Is Looking Pretty Damn Good
by Grayson Gilcrease 3 days ago