Can you smell what The Rock is cookin'? Spoiler alert: it's a revenge thriller called Faster. I do realize that Dwayne Johnson no longer goes by his wrestling moniker, (because he's now a real thespian), but his new and old personas are somewhat merged in this action role. He plays an ex-con with one purpose: to pick off the men who murdered his brother, one at a time. Hot on his trail are Billy Bob Thornton, Carla Gugino, and Lost's Maggie Grace (AKA new Breaking Dawn cast member). 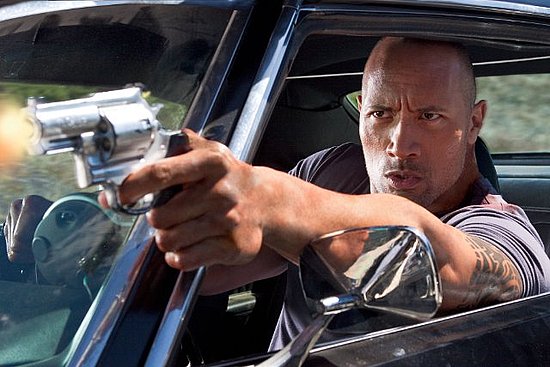 It does look like your typical chase flick, complete with a flashy car and high-speed sequences (hence the name). However, it also looks stylish thanks to the music in the trailer (and the eye candy: hello newcomer Oliver Jackson-Cohen). Watch it and decide whether Faster accelerates your heart rate when you read more.

Tina Fey
Grool! Tina Fey's Mean Girls: The Musical Is Being Turned Into a Movie
by Chanel Vargas 1 day ago

by Mekishana Pierre 15 minutes ago

by Mekishana Pierre 15 minutes ago