Dylan McDermott came to Summer TCA to talk about his new CBS drama, Hostages, but he ended up needing to address the actor he's often confused with: Dermot Mulroney. Mulroney coincidentally has a new show that is also about a hostage situation, like McDermott's new series, but McDermott good-naturedly joked about the coincidence. He and costar Toni Collette also talked up Hostages and how they're both drawn to TV series with shorter seasons like this one. 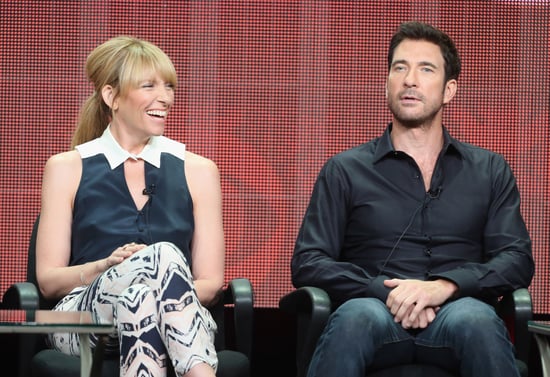 Netflix
If You Think Kreese Is Evil on Cobra Kai, Wait Until You Meet Terry Silver
by Sydni Ellis 22 hours ago

Sarah Jessica Parker
Grab Your Cosmos! Here's Everything We Know About the Sex and the City Revival
by Monica Sisavat 22 hours ago