Are you ready to cringe? We hope so, because Curb Your Enthusiasm is coming back for a ninth season. HBO recently released the first trailer and premiere date for Seinfeld cocreator Larry David's improv comedy, which hasn't been on the air since 2011 (six whole years!!). In June 2016, David announced they were working on the new season with his trademark wit, saying, "In the immortal words of Julius Caesar, 'I left, I did nothing, I returned.'" That same phrase is used in HBO's promotional campaign for season nine, which you can check out below (along with a few more choice details about the show).

The show will bring back familiar faces like Jeff Garlin, Susie Essman, and JB Smoove, as well as a few others.

This is quite possibly the best date announcement ever.

In which someone accuses Larry David of being "devoid of anything that's remotely caring or empathetic." Sounds about right. 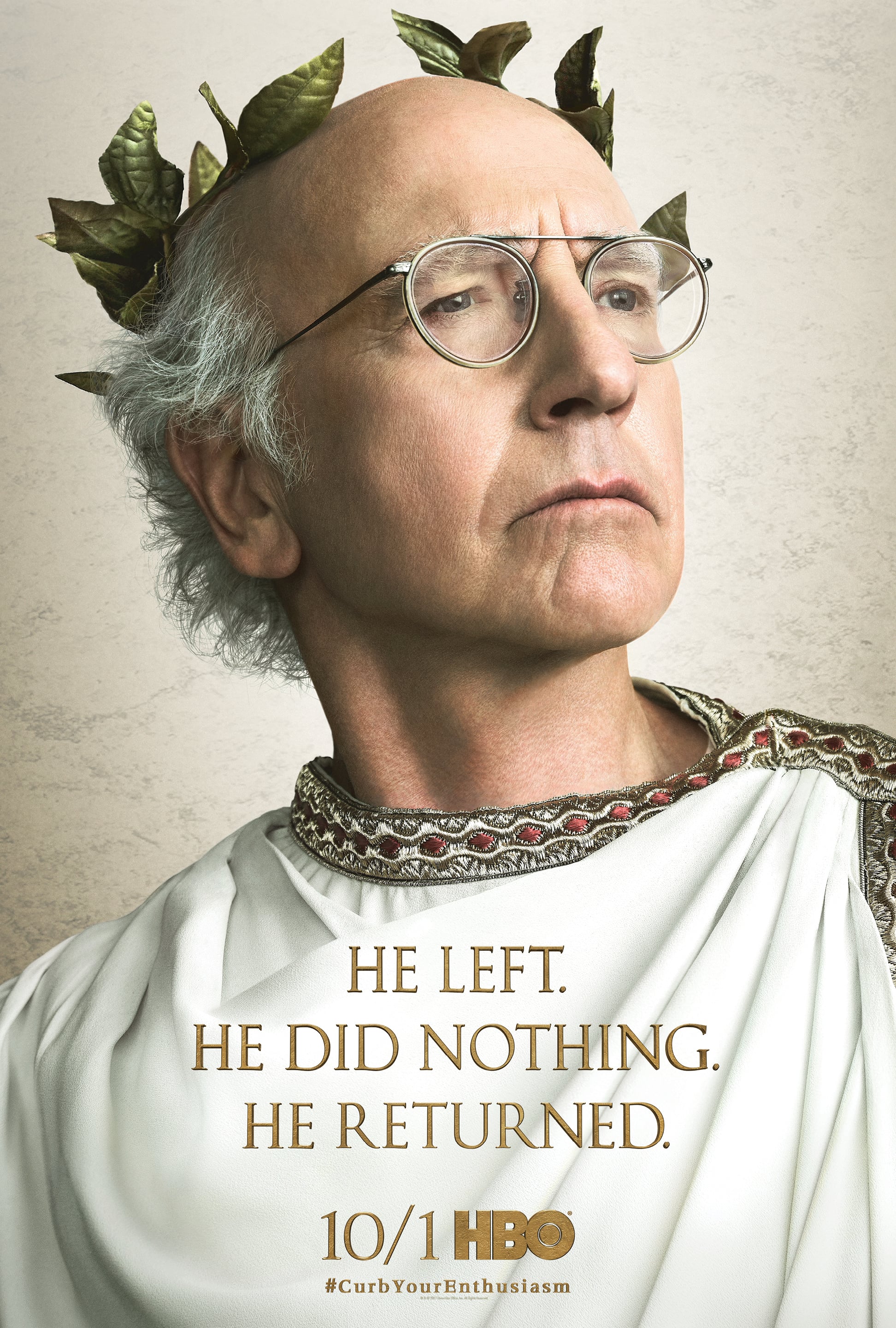 Although it's not official, IMDB currently has a little blurb about what the premiere episode might entail: "Larry gets scammed by an online dating site. He falls in love with a woman from Russia and lives his own 90 Day Fiancé."

Steven Yeun
We Don't Know Much About Jordan Peele's New Horror Film, but the Poster Offers Some Clues
by Kelsie Gibson 23 hours ago

Celebrity Instagrams
The Never Have I Ever Cast Tease Their Winter Ball Outfits, and I've Never Been So Pumped to Rewatch an Episode
by Sarah Wasilak 1 day ago