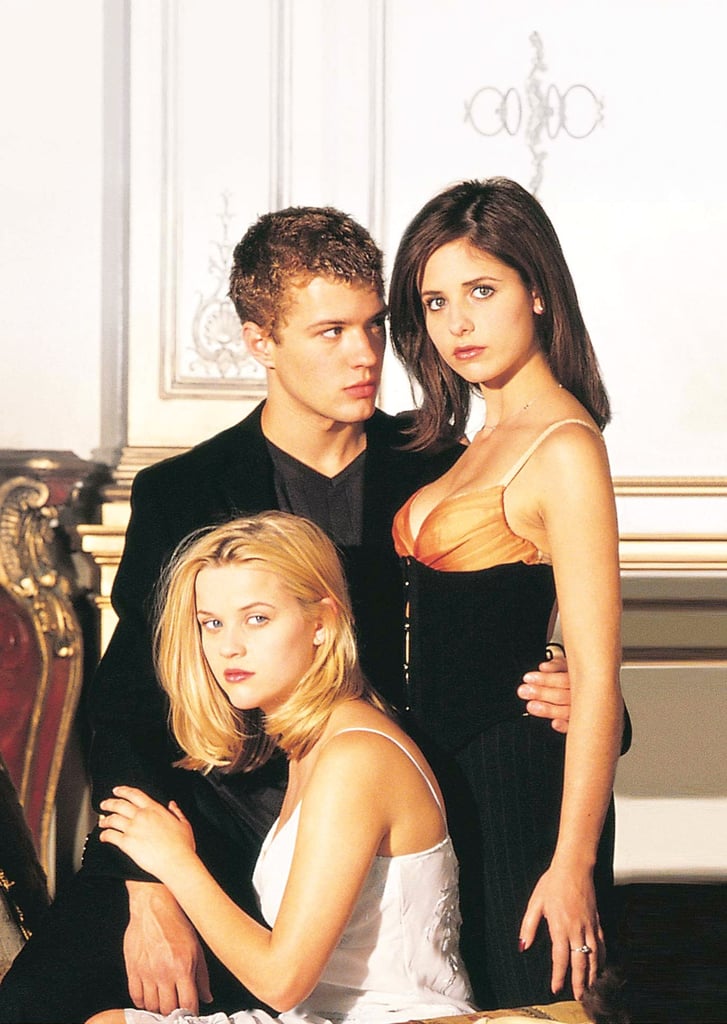 Calling all '90s babes: Cruel Intentions is returning to theaters this month in honor of the cult-favorite film's 20th anniversary, so start preparing now for a nostalgia overload. Set in New York City, the teen drama follows Sebastian Valmont's (Ryan Phillippe) quest to deflower the headmaster's innocent daughter, Annette Hargrove (Reese Witherspoon), as part of a bet with his stepsister, Kathryn Merteuil (Sarah Michelle Gellar). If Kathryn wins and Sebastian's unsuccessful at wooing Annette, she gets his vintage Jaguar, but if he's successful, he ultimately wins the one girl he knows he'll never have: Kathryn herself.

Though certainly twisted, the 1999 movie has remained a favorite through the years, as fans continue to grapple with their complex feelings toward Sebastian's undeniably-attractive-yet-very-manipulative character and flash back to that iconic kiss between Kathryn and Cecile Caldwell (Selma Blair). There were even talks of a potential Cruel Intentions TV sequel back in 2016, though nothing ever came to fruition.

Beginning March 21, Cruel Intentions will hit the silver screen in theaters across the nation for one week, thanks to Sony Pictures. Head over to cruelintentions.com to see what theaters near you are rereleasing the flick. Now, please excuse us while we snag our tickets and blast "Colorblind" by the Counting Crows on repeat in honor of that legendary escalator scene.

Decor Shopping
A Vintage Barbie Wallpaper Collection For Adults Is Here, and It's So Beautiful
by Haley Lyndes 1 week ago

Nostalgia
We Uncovered Disneyland's Chimichanga Recipe, So Who's Ready For Breakfast?
by Lauren Harano 1 week ago

Nostalgia
The Serpent: How to Steal Monique's Sultry and Bohemian '70s Style
by Kara Kia 1 week ago