WonderCon is in full effect here in San Francisco, and today I checked out another panel for an upcoming movie: Cowboys & Aliens. The actors in the film, Daniel Craig, Harrison Ford, and Olivia Wilde, weren't able to attend, but directer Jon Favreau and producer Roberto Orci gave the crowd a lot to be excited about. They spilled details about the Western-meets-alien-invasion action flick, and showed the audience several minutes of footage, which definitely improved upon the teaser we saw a few months ago. Check out the most scintillating bits from the panel below. 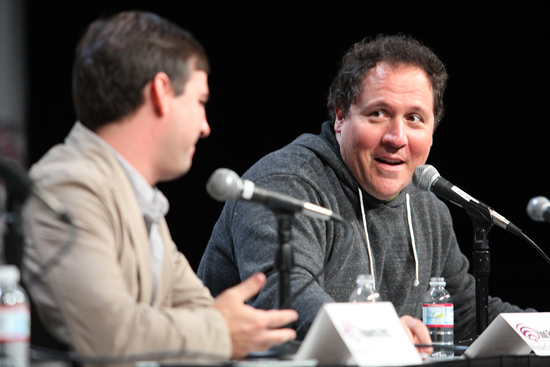