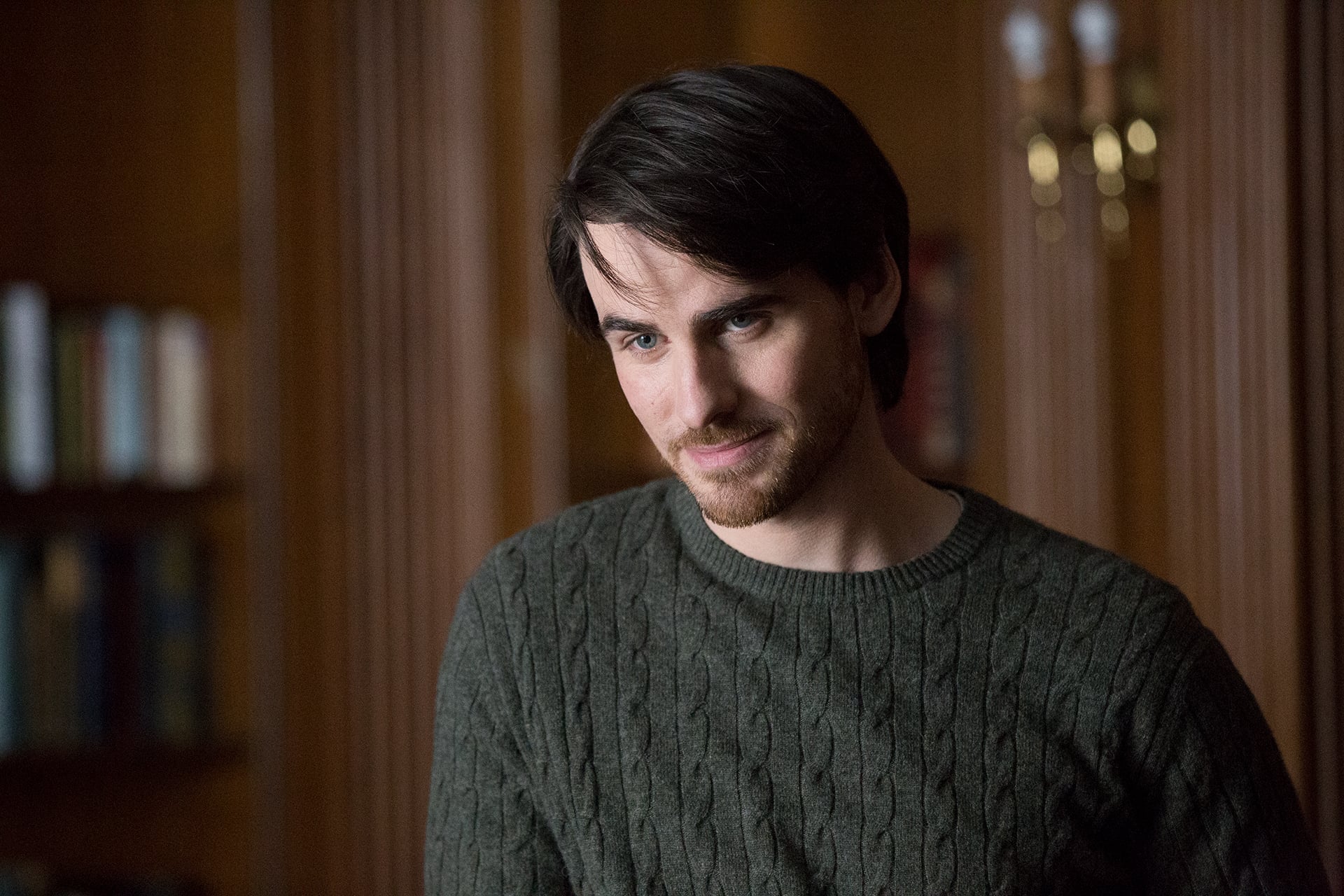 Colin O'Donoghue is well-known for his role as Captain Hook on Once Upon a Time, but now he's taking on a different literary character. The Irish actor stars in Carrie Pilby, the movie adaptation of Caren Lissner's best-selling novel about a 19-year-old genius who graduates early from Harvard and struggles to come into her own in the rambunctious city of New York. While his character, Professor Harrison, seems sweet and charming at first, his true colors are revealed when he starts a relationship with the title character. We had a chance to sit down with O'Donoghue ahead of the film's premiere, and he talked about what it was like taking on the morally ambiguous character, the importance of women in film, and how appreciative he is for his fans' unwavering support. Warning: light movie spoilers below!

POPSUGAR: What drew you to the script?
Colin O'Donoghue: I signed up early on. I got sent the script and pegged for it then. I work on a show called Once Upon a Time, so I really wanted to play somebody who was so completely different from the character that I play day in and day out for nine months of the year. It's also really rare that you get such a great script and a great character and a great cast that shoots in the period when I would be available, so I was really, really drawn to that.

PS: Professor Harrison is pretty much the complete opposite of Hook in that he starts off as the good guy and then becomes the bad guy, whereas Hook starts off as a villain and slowly morphs into a hero. What was that like playing a character who you know isn't going to be redeemable in the end?
CO: The thing was that I knew he was never going to be redeemable, so even when you think he's being a good guy, he's not. That was fun because I wanted people to feel like it might be genuine. As an actor, it's always important to play against the actuality of what you're doing. I didn't want it to feel like he was really sleazy with her; I didn't think that would work to get the payoff of really seeing what a nasty piece of work he is in the end. You need to believe that he's a decent enough guy and has real feelings. I've been lucky on Once with [Hook], because I've gotten to play so many different aspects of the character, but this is definitely different.

PS: The film is also getting a lot of praise for its largely female production team. What kind of message do you hope that sends?
CO: It's an important thing in cinematography in general to recognize and appreciate women in film. I grew up in Ireland, and it's not something I ever thought about until I came to work over here [in the United States]. I realized just how unequal it is. To have a movie like this, which is a really lovely film, entirely about this incredible woman and directed by Susan [Johnson], who is just an amazing director — it's a fantastic thing. But the fact that it's even a conversation blows my mind. That it's not just a given that it's just a movie about a character directed by a director, which is the way it should be. The fact that we have to qualify that is where the problem is. Women are brilliant, if not more brilliant than men. It's about the quality of work that's produced as opposed to the sex of the person who produces it.

PS: I know a lot of Once Upon a Time fans in particular are eager to see you in this movie. What does that fan support mean to you?
CO: I'm blown away by the support. It amazes me because I became an actor because it's really all I can do. It gave me an opportunity to be someone else for a while. I was a very shy and quiet person and it gave me an opportunity to come out of myself a little bit. I never expected to 1. actually get a job and 2. have fans who would just come and see something. To have that support is incredible. It's a testament more so to Once Upon a Time and the writers than to me. They managed to create a show that gives so many people so much hope. That's what the show is all about. Often times nowadays, shows try and be gritty — which is incredible, I love those types of shows as well — but it's nice to be a part of a show that's unapologetic about wanting to be a good show and show people that there's hope in the world.

Carrie Pilby will open in limited release on March 31 and will be available on digital and On Demand April 4.