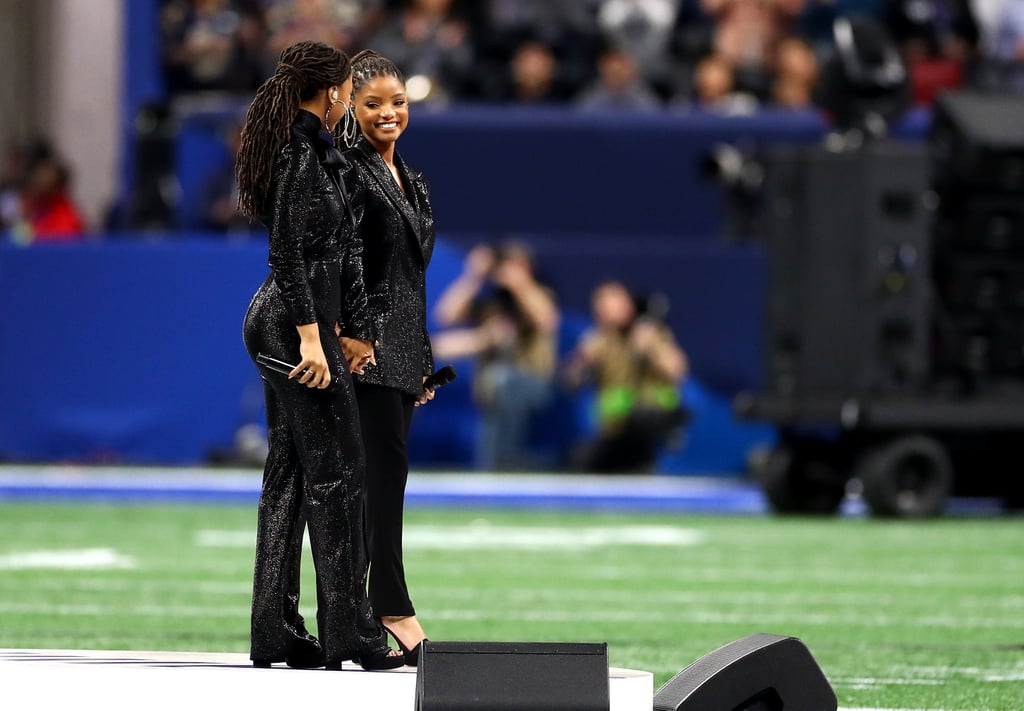 Chloe and Halle Bailey are in sync in every way. The sisters and musical duo — known as Chloe x Halle — delivered an ethereal performance of "America the Beautiful" during the 2019 Super Bowl in Atlanta on Feb. 3. Dressed in matching sequin suits by Styland, Chloe and Halle were followed by the legendary Gladys Knight, who performed the national anthem at the big game.

The duo were signed to Beyoncé's Parkwood Entertainment after the singer was impressed by their cover of "Pretty Hurts." Chloe and Halle have since gone on to open for Beyoncé on the European leg of her Formation World Tour. They also appear in the main cast of Grown-ish, in addition to providing the show's theme song.

After their stunning Super Bowl performance, we like to think Beyoncé is watching on proudly. Check out the performance in its entirety ahead.

Related:
Cardi B Hits Up Super Bowl Preparties After Declining to Perform at the Big Game
Previous Next Start Slideshow
MusicSuper Bowl

Politics
When Will the Law Stop Putting Rap Lyrics on Trial?
by Njera Perkins 1 day ago