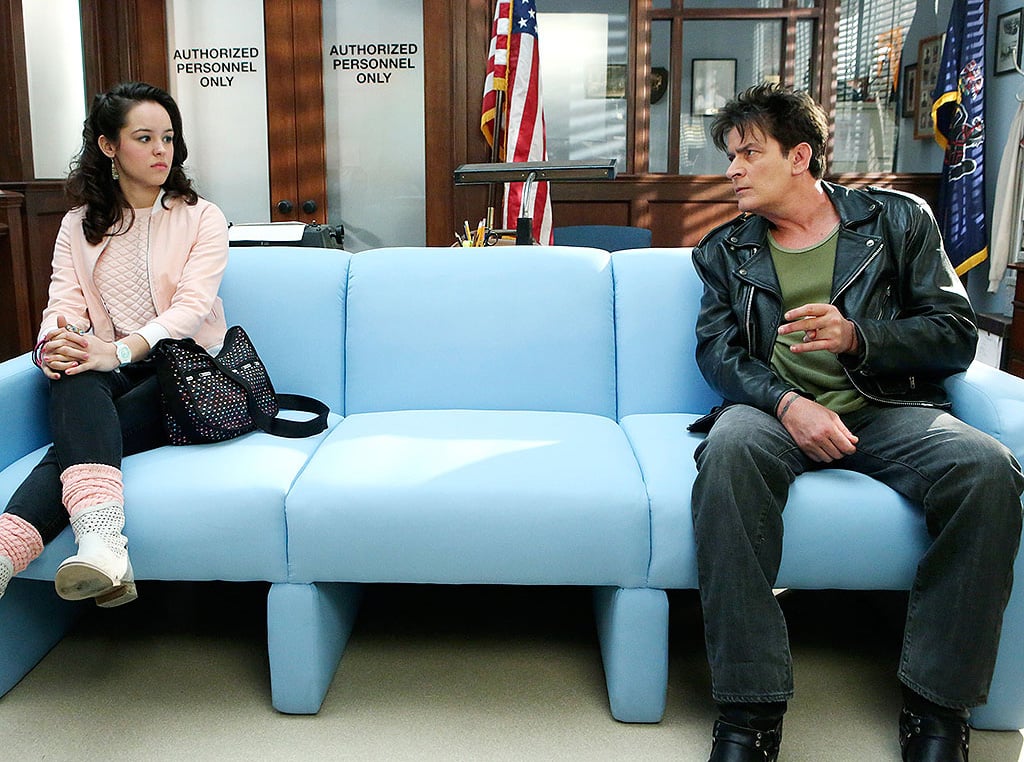 Charlie Sheen sees your Ducky outfit, Jon Cryer, and raises you. Sheen is set to guest-star on an upcoming episode of the '80s-set The Goldbergs, and he's reviving his famous part from Ferris Bueller's Day Off. The 1986 spot was one of Sheen's first roles, and it was a small, but very memorable cameo as a drugged-out guy who Jeanine Bueller (Jennifer Grey) meets at the police station. This time around, he encounters Erica (Hayley Orrantia), who is trying to prove that her brother, Barry, is faking sick to miss school. The episode is set to air in early 2015, and if you don't already watch The Goldbergs, you should definitely at least plan on tuning in for this.