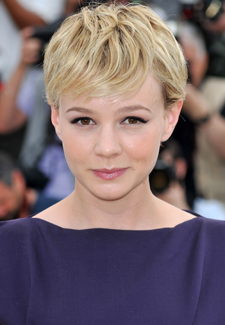 This seems like a strange bit of casting news: Carey Mulligan is reportedly signed on to star in a new Fox Searchlight film titled Stoker — but that's not the odd part. You ready for this? It's written by Prison Break star Wentworth Miller.

The story will center on a teenager (Mulligan) who reconnects with her uncle after the death of her father. The movie is attracting other big names, as well; Jodie Foster is in talks to costar, while Tony and Ridley Scott are eyeing producing credits. Well, I guess that makes Miller's screenplay legit! But I think there's a bigger concern here — between rumors of new projects plus her supposed role in The Girl With the Dragon Tattoo, how will Mulligan ever find the time?

Blake Lively
Exclusive: Blake Lively Is a Master of Disguise and Destruction in This Intense Rhythm Section Clip
by Kelsie Gibson 11 hours ago

Netflix
After You Binge Spinning Out, Watch These 7 Other Movies and Shows About Skating
by Amanda Prahl 7 hours ago