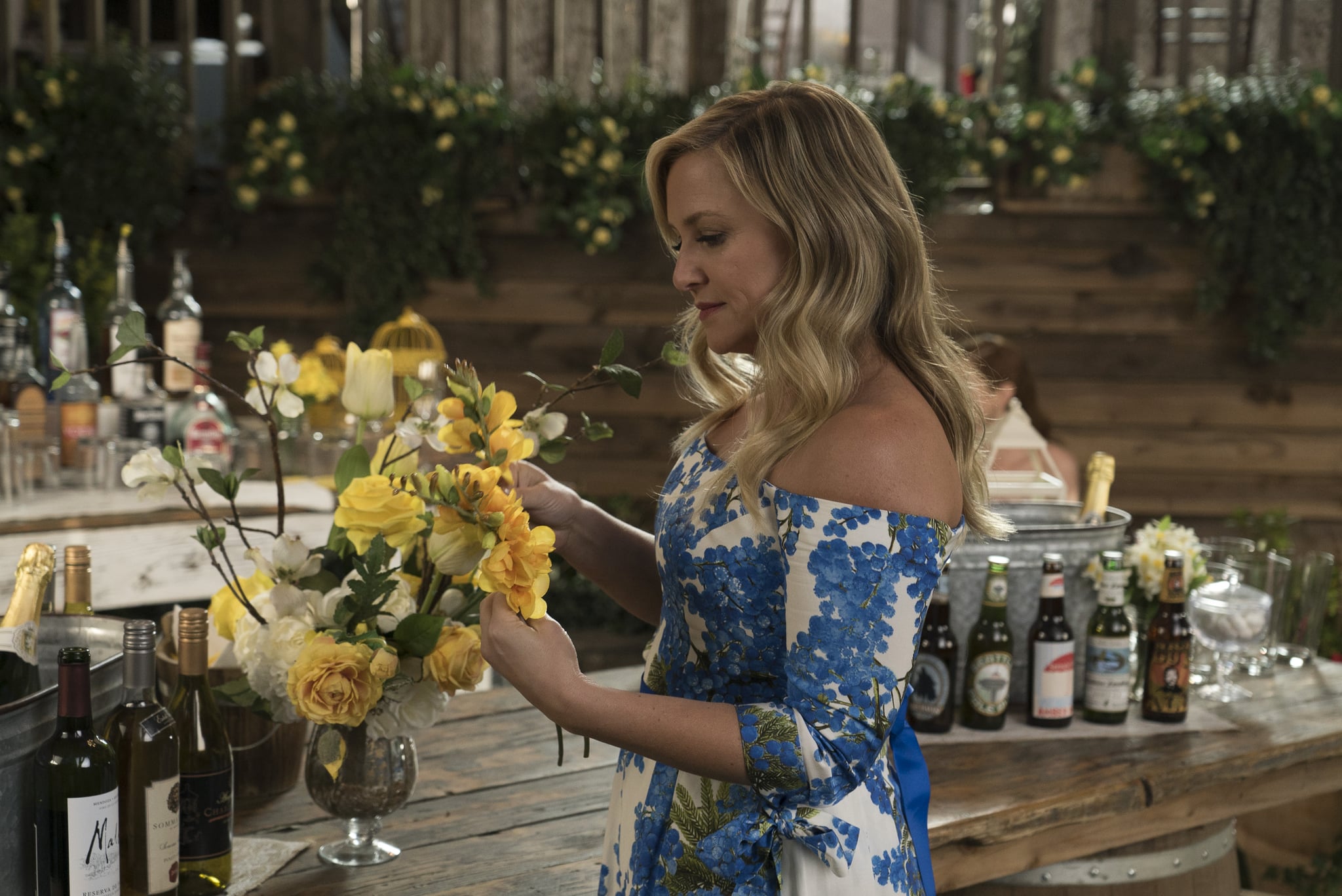 We've had a couple months to prepare for Arizona's exit on Grey's Anatomy, but that doesn't mean saying goodbye is easy. Finally, Arizona's story is tied up in the season 14 finale, and yes, we're all a mess. In the case of Grey Sloan's most sunshine-y doctor, we had a pretty good idea of how things would end up. After weeks hints, the show confirmed our deep suspicions that Arizona would move to New York for her daughter Sofia's sake. And though we knew the door she would take on her way out, there was still a big unresolved question: would Callie return for Arizona's send-off?

In the wake of the episode, we learn that no, Callie Torres does not reappear to whisk Arizona off into the sunset. There are a few cute mentions; Arizona admits that she's warming up to the idea of a reconciliation with Callie and that her old love is making her smile again. We even see an on-screen text from Callie to Arizona that says, "Can't wait to see you!" But that's not the only way Callie secretly pops up on the episode.

In the last few scenes of the finale, a song called "The Story" plays. It was originally released by Brandi Carlile in 2007. But any diehard Grey's Anatomy fan knows that Callie sings this song at the end of the musical episode in season seven. And the version that plays in the season 14 finale is the version sung by Sara Ramirez aka Callie Torres! It's a beautiful way to pay homage to Arizona's history as she says goodbye to the show. So, yes, we're sobbing, but we can rest easy knowing Grey's gave Arizona the farewell she deserves.