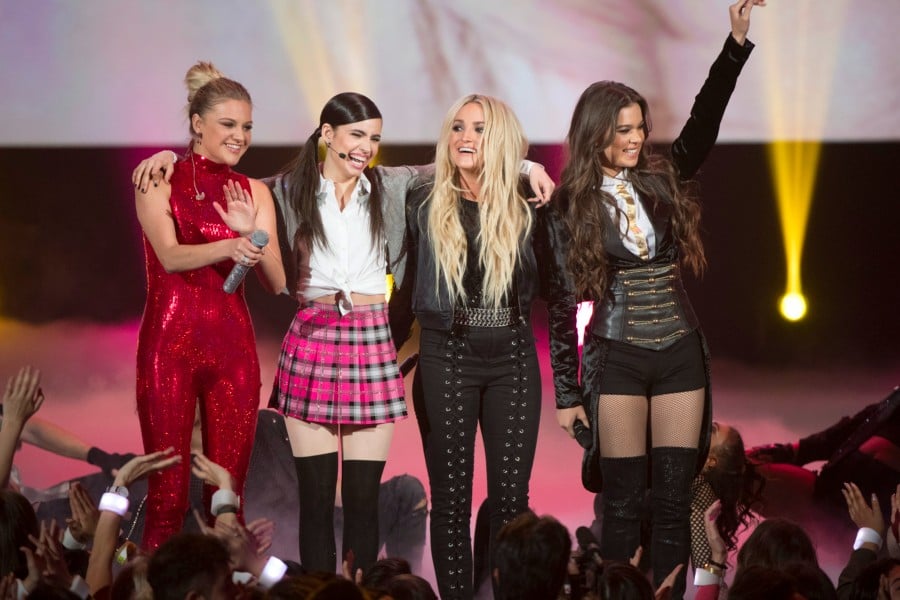 Britney Spears got a sweet surprise when she was awarded with the first-ever Icon Award at the Radio Disney Music Awards on Saturday. During a medley of her greatest hits, her little sister Jamie Lynn made a special appearance on stage to perform "Till the World Ends," and it's making us see double. Clad in a black jumpsuit and long blond hair, the former Nickelodeon star was a complete dead ringer for her big sis, who starred on Disney's Mickey Mouse Club 23 years ago, as she sang the pop tune. And she wasn't the only starlet to honor the pop star. The show's hosts, Kelsea Ballerini and Sofia Carson, were joined by Hailee Steinfeld to sing hits like "Oops! . . . I Did It Again," ". . . Baby One More Time," and "Circus" while dressed in classic Britney outfits. See all the clips ahead.

by Quinn Keaney 19 hours ago