Fantasy has become reality. Will Smith and Joel Edgerton star in Bright, only on @netflix. pic.twitter.com/FJueEhMFCO

If you watched the Oscars, chances are good that you were too engrossed in all the gowns, winners, and, ugh, that best picture fail to notice something very interesting during the commercial break: a teaser for a brand-new Netflix movie. Will Smith and Joel Edgerton are starring in Bright from Suicide Squad director David Ayer. Smith plays a cop who is partnered with an orc (Edgerton) to find a dangerous weapon. Did I mention there's a bunch of monsters in this world? Noomi Rapace and Edgar Ramírez also star in the film, out in December. 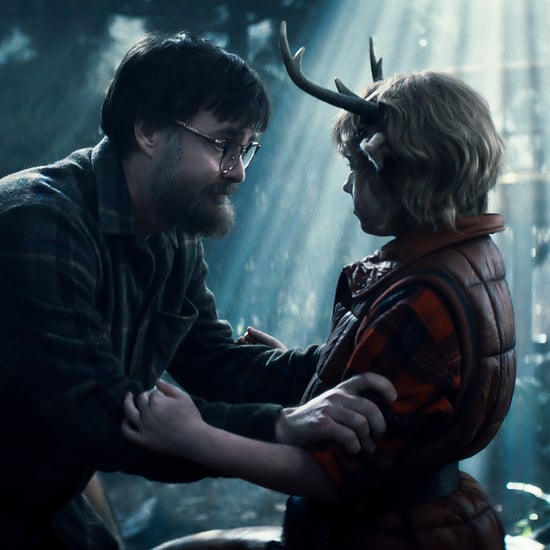 Netflix
Who's Going to Star on Netflix's Fantasy Series Sweet Tooth? Here's the Rundown
by Amanda Prahl 18 hours ago

TV
Behold, 26 Incredibly Talented (and Handsome) Asian Actors Who Deserve to Be Leading Men
by Monica Sisavat 18 hours ago

Netflix
The Sons of Sam: Who Was Roy Radin? How He Was Potentially Linked to David Berkowitz
by Stacey Nguyen 21 hours ago

Netflix
The Sons of Sam: Who Was John Wheat Carr, and What Happened to Him?
by Stacey Nguyen 22 hours ago
Harry Styles
Emma Corrin Is Really Out There Living the Dream of Kissing Harry Styles in My Policeman
by Grayson Gilcrease 1 day ago