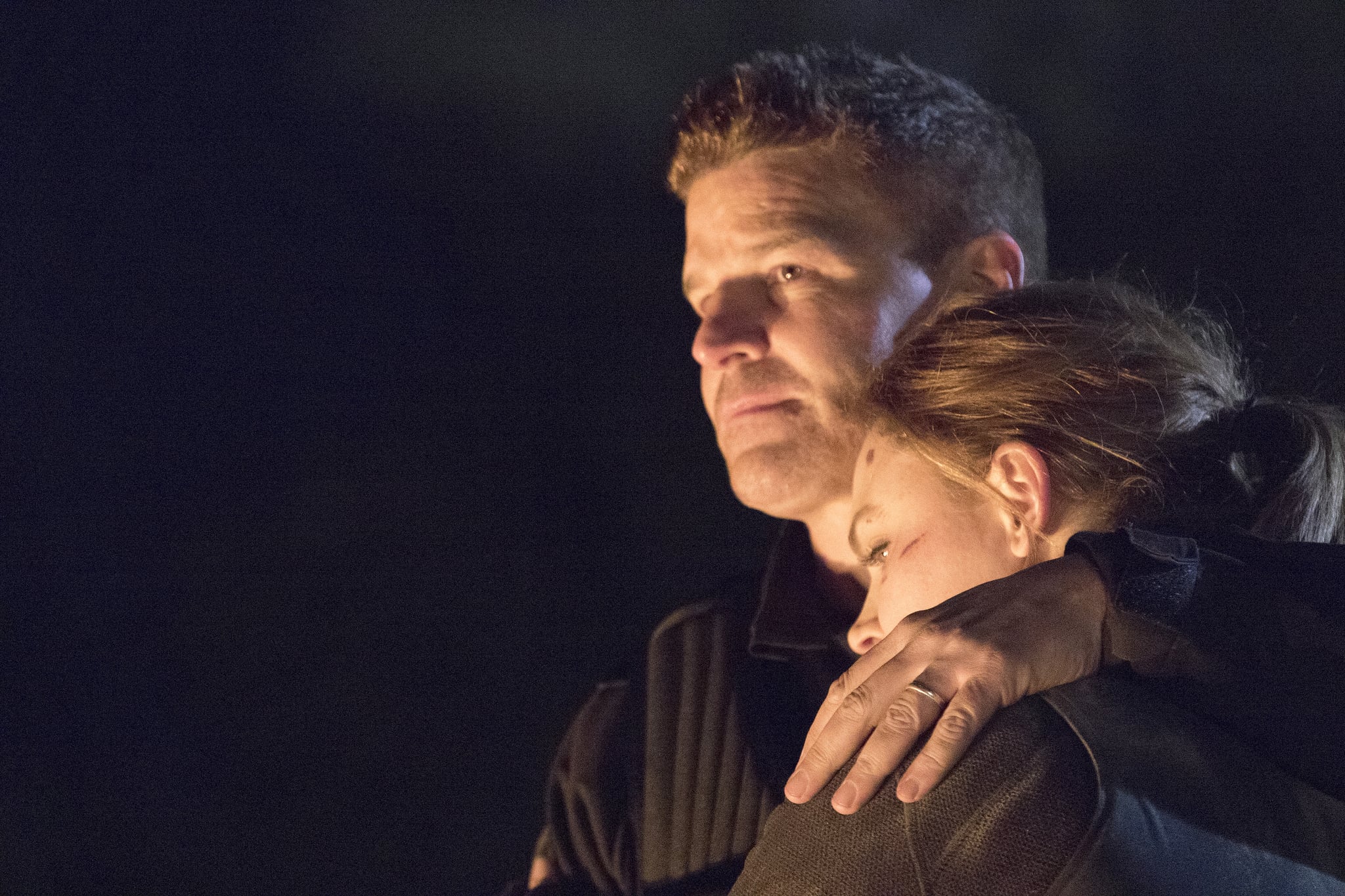 Bones ended after 12 seasons on Tuesday with an emotional finale that would have had even the casual fan in tears. Once the dust had settled (literally) after the explosion at the Jeffersonian and the ensuing chase scene, we got a montage of all the characters looking through their belongings. At we were busy taking a trip down memory lane, a song played that made our hearts swell up even larger. The tune is "Almost Home" by Moby, off his 2013 album Innocents.

With (most of) the reminiscing out of the way, Bones and Booth were free to cuddle up on a park bench overlooking the building. As they chat about the items Bones found at her desk — a drawing by a very young Parker, aw! — "Out of the Blue" by John Lennon plays.

A perfect sendoff for one of the best couples on TV.