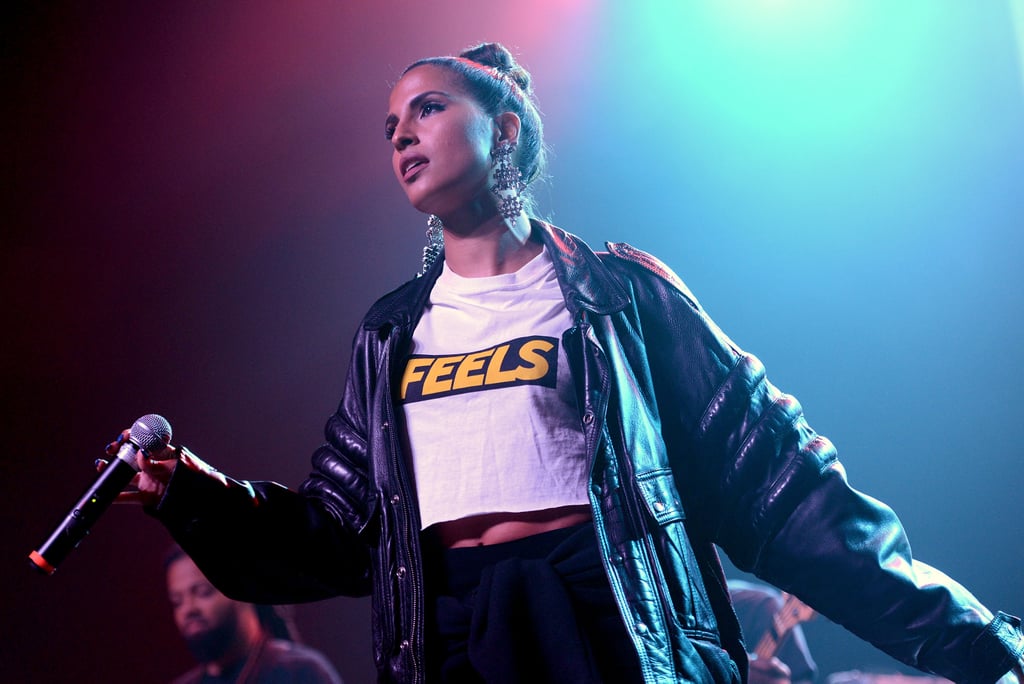 Nobody Can Compare to Amy Winehouse, but Snoh Aalegra Comes Pretty Close

Then I was introduced to the Swedish R&B soul singer and songwriter Snoh Aalegra, whose music immediately gave me the same warm, insulated feeling I got when I first listened to Winehouse over a decade ago. She released her debut EP There Will Be Sunshine in 2014 and has collaborated with hip-hop artists like Common, Vic Mensa, RZA, and Drake. The 31-year-old even resembles the late singer and has the same enigmatic, cool-girl vibe — it's pretty hard to ignore. After listening to more of Aalegra's work, I realized how nice it is to be reminded of Amy Winehouse and the connection I have to her music, and that maybe (in this case, anyway) making the comparison isn't such a bad thing.

Sometimes I think about what Winehouse's life and career would look like if she were still alive. Would she be doing collabs with Drake? Sitting front row at the Grammys with Beyoncé? Would she fire off sexy Instagram selfies? Who knows. But Aalegra's smooth, dreamy vocals and hip-hop tinged songs do give me shades of the late, great artist, and I like drawing the similarities between her music and Winehouse's. Here are the nine Snoh Aalegra songs that give me the Amy Winehouse fix I didn't think I needed.

Related:
This Gorgeous, Unreleased Amy Winehouse Song Will Remind You What a Bright Light We Lost
Previous Next Start Slideshow
Amy WinehouseMusicF*cking Awesome FemalesSnoh Aalegra
Around The Web

Justin Bieber
Justin Bieber Announces Justice Album: "My Goal Is to Make Music That Will Provide Comfort"
by Monica Sisavat 2 days ago

Bruno Mars
Bruno Mars and Anderson .Paak's Supergroup Is on the Way to Spread Joy and '70s Tunes
by Kelsey Garcia 2 days ago

Music
Folks, Come and Get This Healing From Kirk Franklin's Tiny Desk Performance — We Need It
by Mekishana Pierre 3 days ago

Post Malone
Post Malone's Cover of "Only Wanna Be With You" Is an Absolute Bop, End of Discussion
by Grayson Gilcrease 3 days ago