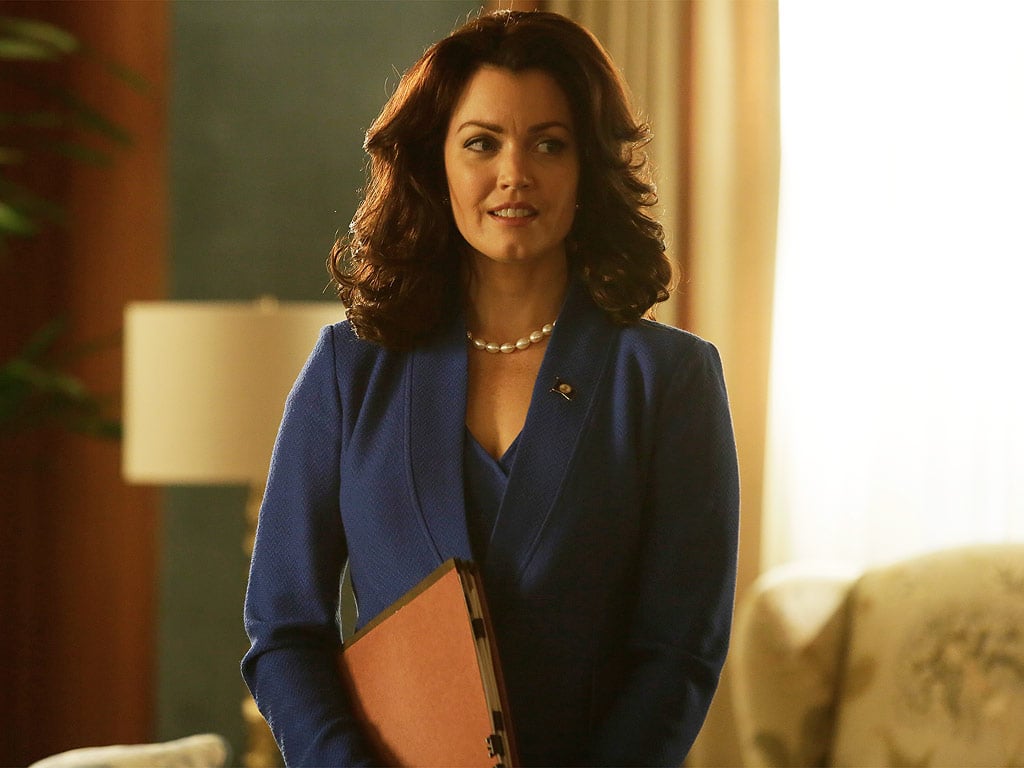 Bellamy Young Reveals Why the Scandal Season Finale Is Going to Be a "Twisty, Crazy Ride"

Scandal's Olivia Pope has had plenty of intense relationships over the course of the show's five-season run, but perhaps none of them has been as complex or as nuanced as her precarious bond with former First Lady and current presidential hopeful Mellie Grant. Bellamy Young, the actress who has breathed fierce life into Mellie, took a break from bringing awareness to the world about migraine relief with Treximet to chat with POPSUGAR about why fans should be excited for the jaw-dropping season five finale, what's in store for Mellie and Liv, and which scene has been the most fun to film so far.

Previous Next Start Slideshow
ScandalBellamy YoungTVCelebrity Interviews
Around The Web

Kristen Bell
Kristen Bell Wants to Make Self-Care Affordable Again: "It's Not Fair That Rich People Get the Good Stuff"
by Kelsey Castañon 2 days ago