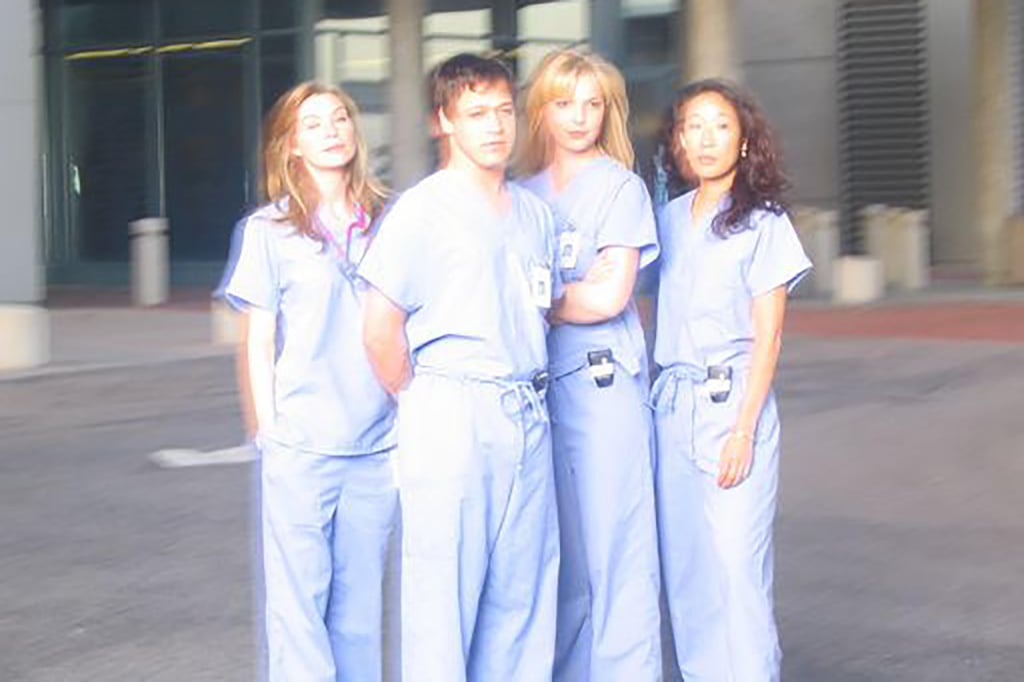 If it feels like Grey's Anatomy has been on since the beginning of time, that's understandable. The ABC series just became the longest-running medical drama with the airing of its 332nd episode on Feb. 28, and despite some moments of concern, there are no signs of it stopping anytime soon. In celebration of such a historic occasion, series creator Shonda Rhimes pulled out some serious #ThrowbackThursday snapshots from the early days of Grey's and shared them on her official Shondaland site.

The personal photos are all behind-the-scenes snapshots from the pilot episode, "A Hard Day's Night," aka the very first episode in 2005. If you've been a Grey's fan since day one, you will definitely find yourself in your feelings checking out these snaps. Keep scrolling to see the really OG cast of Grey's Anatomy, including Ellen Pompeo, Sandra Oh, T.R. Knight, Katherine Heigl, and Patrick Dempsey.