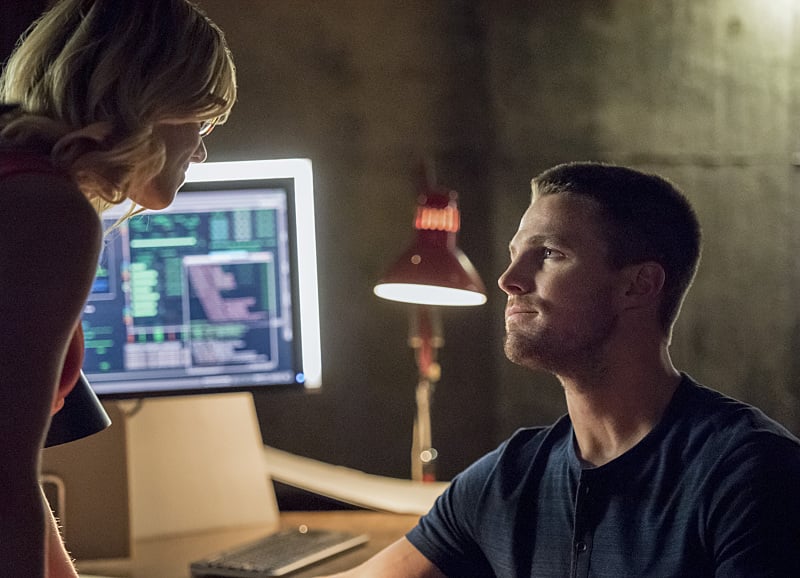 The Green Arrow Rises! Oliver Is Back in Action-Packed Premiere Pictures

It feels like so long since we last saw Oliver and his shirtless push-ups, but the playboy vigilante is returning to the small screen on Oct. 7 — and there are pictures. The episode is titled "Green Arrow," so hopefully we'll at least witness the beginning of Oliver's transformation into the Green Arrow. We've been pining for Oliver and Felicity to stay together for good, and while it's not as explicit as the trailer, this look at the season is promising. There's even some hand-touching! The pictures even show new big bad villain Damien Darhk, as well as Diggle in his new suit. Check it out, and get caught up with all the season four details.