One of the most exciting — and downright terrifying — films coming to Netflix this Fall is Apostle, and now we finally have the first trailer. The occult horror-thriller stars Beauty and the Beast's Dan Stevens as Thomas Richardson, who returns home to London in 1905 only to discover that his sister has been captured by a cult led by the dangerously charismatic Prophet Malcolm (Michael Sheen) and is being held for ransom. Thomas sets out to rescue his sister, infiltrating the cult's brutal island community and eventually uncovering an evil secret. It doesn't come out until Oct. 12, so in the meantime, check out the trailer above, then stream all the other scary movies currently on Netflix.

Tina Fey
Grool! Tina Fey's Mean Girls: The Musical Is Being Turned Into a Movie
by Chanel Vargas 9 hours ago

Movie Trailers
See the Trailer For Pokémon: Mewtwo Strikes Back — Evolution, Which Hits Netflix in February
by Alessia Santoro 18 hours ago

Movies
The Turning: Finn Wolfhard Teases His "Unpredictable" Character and a Twisted Ending
by Brea Cubit 21 hours ago 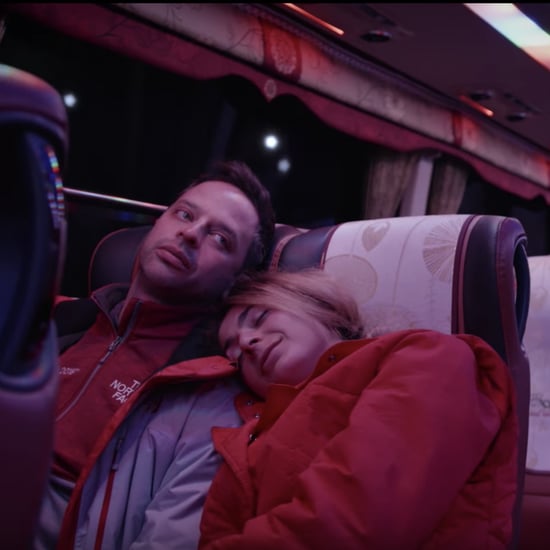 by Brea Cubit 6 minutes ago

by Brea Cubit 16 hours ago