The trailer for At Any Price pairs Dennis Quaid and Zac Efron as father and son, with heartland-raised Henry (Quaid) hard at work expanding his family-owned farm with its next-generation owner-to-be, son Dean (Efron). The problem is, Dean doesn't want the farm. Dean wants to race cars, and this is just one of the many issues plaguing the family members' lives. Big business is also threatening their moderately sized operation, and it appears family man Henry may not live up to the stand-up guy image he's portraying. 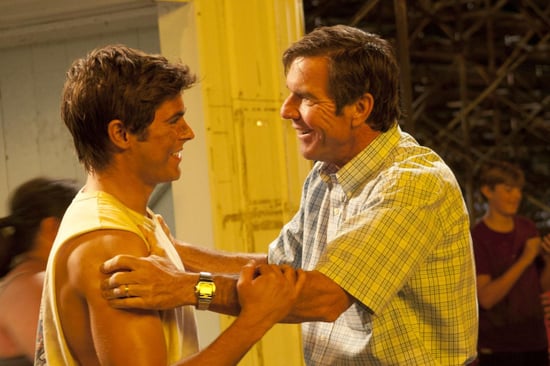 This intense performance in the preview is unlike anything I've seen Quaid do of late, and likewise, my curiosity is piqued by Efron in this emotionally meaty role. I'm looking forward to seeing how the two play off each other, and whether or not this movie will prove to be more than just a ho-hum family drama. Though it already premiered at the Venice Film Festival last August, At Any Price opens in limited release on April 26, and you can watch the trailer after the jump.