As much as I'd love to make a Lost joke about Matthew Fox in this trailer for Alex Cross, I can't, because his character in the thriller couldn't be more different than the good doctor Jack Shephard. In the big-screen adaptation of the James Patterson novel, Fox plays a serial killer known as Picasso who becomes a target of FBI profiler Alex Cross (Tyler Perry). First this Picasso fellow starts littering the city with grisly crime scenes, but he soon makes things personal when he sets his sights on Cross's family. 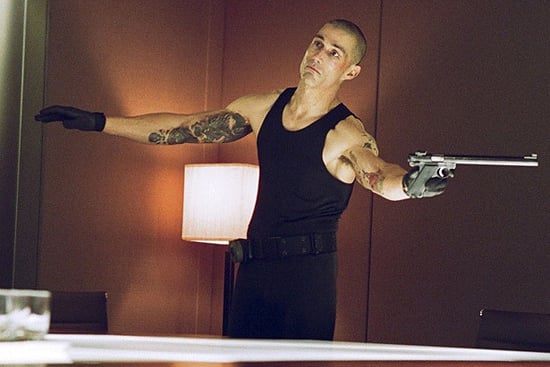 I'm terrified to see Fox as a muscled-up psychopath who utters things like, "Inflicting pain is a crucial part of my true calling," but I'm also a little curious, too (same goes for seeing Perry out of Madea's muumuus). Still, the movie looks like your run-of-mill crime thriller and not as great as the previous Patterson film adaptations (Kiss the Girls and Along Came a Spider), in which Morgan Freeman portrayed literary detective Cross. You can check out the movie for yourself on Oct. 19, and until then, watch the trailer after the jump.