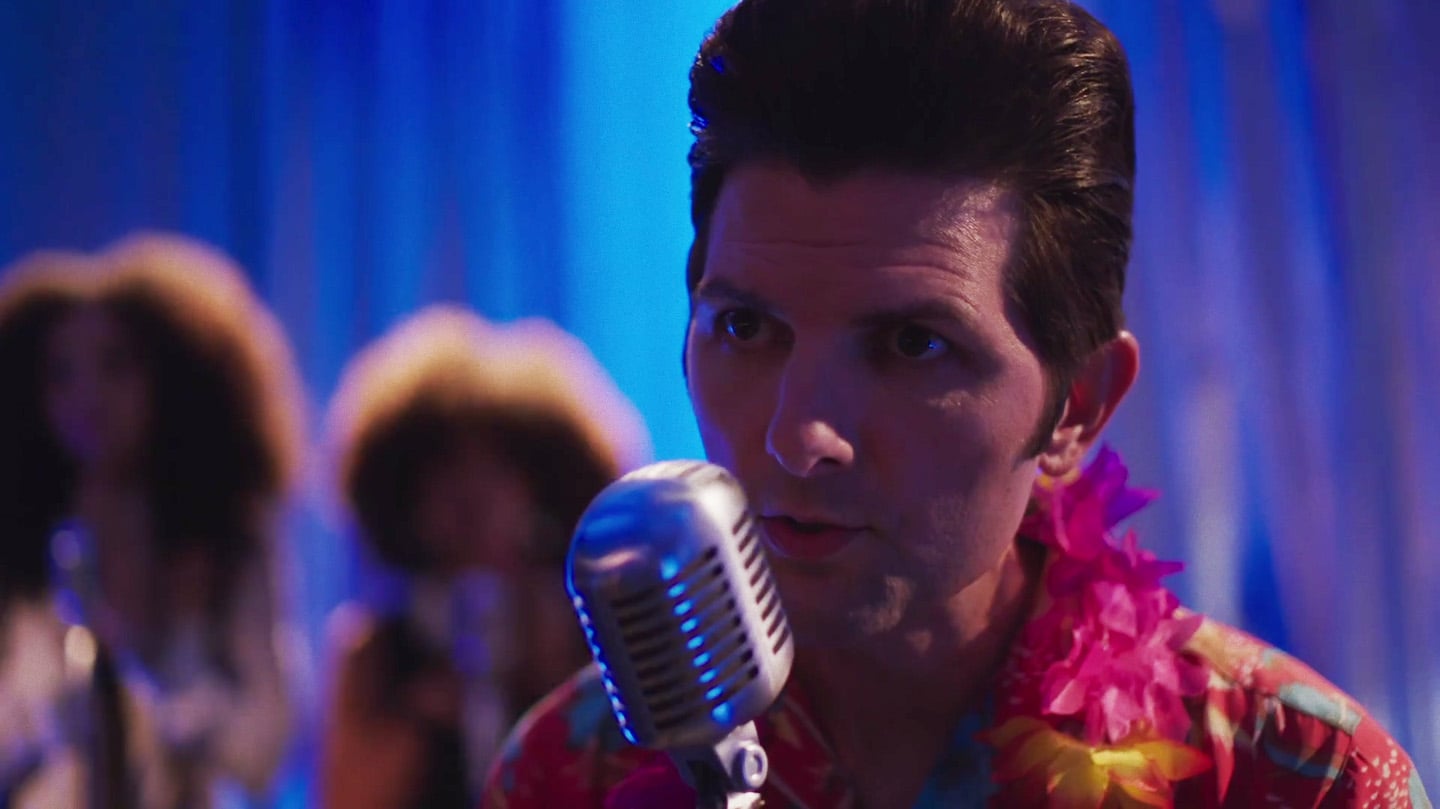 Before we found out who the victim is on Big Little Lies, we found out that Ed is a seriously talented singer. The finale aired on Sunday night and included several performances by Elvis-impersonating parents. The covers are a great addition to the already-packed soundtrack, but while Zoë Kravitz really sang her part, Adam Scott had a vocal stand-in. During an interview with Conan O'Brien, Scott admitted that he took singing lessons for weeks, but in the end, his voice just wasn't strong enough for the number.

The director, Jean-Marc Vallée, spoke to The Hollywood Reporter about his choice to bring in a ringer, saying that both Scott and James Tupper, who plays Nathan, "have the worst voices ever." Harsh! "I wanted this to be emotional and beautiful so I asked Conor O'Brien, the lead singer of the Irish band the Villagers, to be Adam Scott's voice," Vallée said. "When Adam in episode four or five is practicing in his living room, that's not Adam. It's Conor O'Brien."

HBO
The Succession Season 3 Cast Is Stacked! See Who's Joining and Who's Returning
by Monica Sisavat 22 hours ago

Hannibal
Why I, a Horror Fanatic, Just Couldn't Get Behind Hannibal
by Grayson Gilcrease 23 hours ago