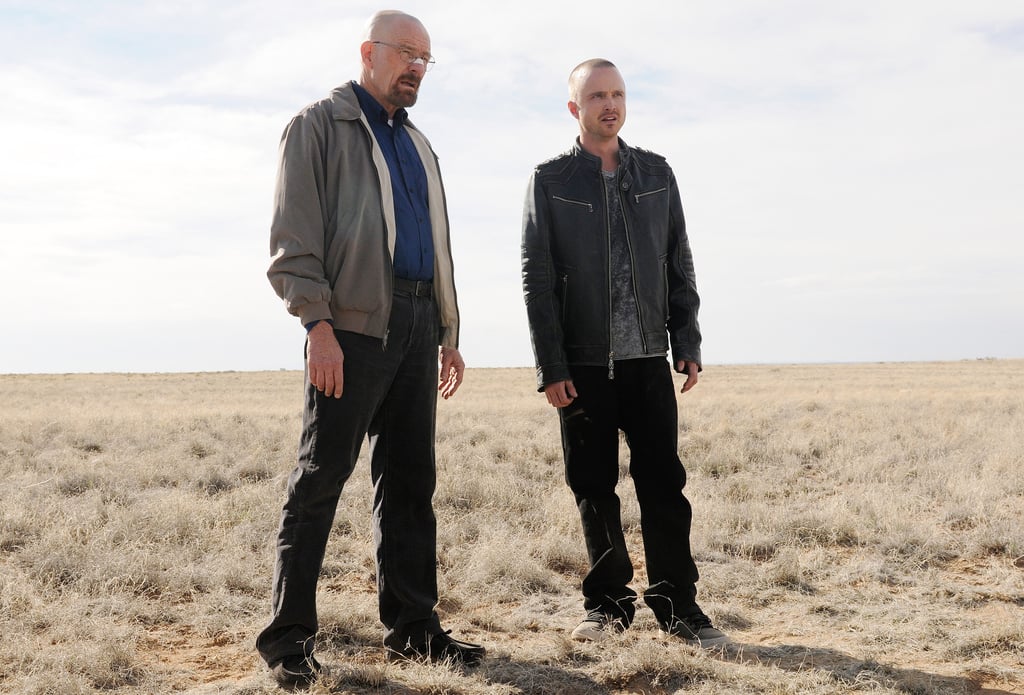 Did Aaron Paul and Bryan Cranston Just Tease That a Breaking Bad Movie Is Coming Even Sooner?

Aaron Paul and Bryan Cranston just posted matching teaser photos to their Instagram and Twitter accounts, suggesting that a Breaking Bad movie might be coming even sooner than we think. If you're an avid follower of all Breaking Bad news then you'll already know that Aaron Paul confirmed in late 2018 that he will reprise his role as Jesse Pinkman for the feature-length film, which will be a sequel revolving around his character.

In the posts, Bryan and Aaron are seen walking out of a river holding their shoes with very serious looks on their faces, and all posts are captioned with the words 'Even sooner.' Are they escaping an enemy? Are they on holiday? We have a lot of questions, and so does Twitter. It's impossible to know whether this is a still taken straight from the Breaking Bad film, but either way, we're excited to find out.

Until now, it wasn't confirmed whether Bryan Cranston, playing Walter White, would be rejoining the cast. That was, until yesterday. If their matching Instagram and Twitter posts are to be believed, it's all but guaranteed that our favorite blue crystal-cooking duo are teaming up for this long-awaited movie and maybe sooner than we think.

Keep reading to see their posts, and laugh along at Twitter having a field day with this new development.

Kamala Harris
Doug Emhoff and Kamala Harris Celebrate Ella's Graduation: "We Are Such Proud Parents"
by Karenna Meredith 17 hours ago

HBO
Mare of Easttown: Checking in With the Most Popular Theories About Who Killed Erin
by Divya Meena 1 day ago