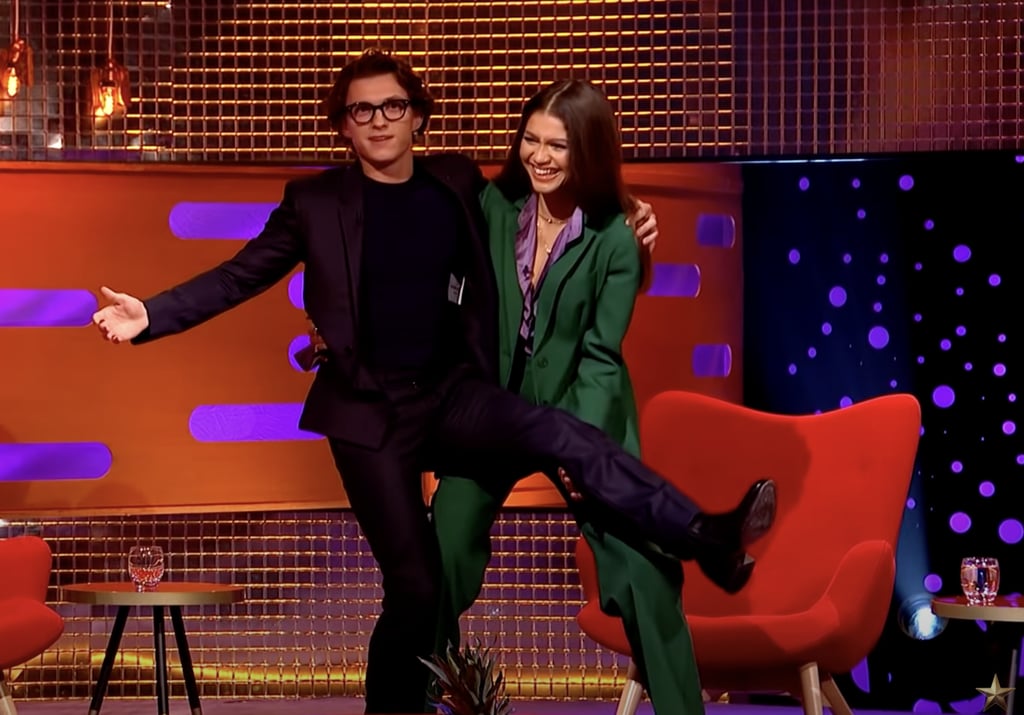 OK, Seriously, Is It Possible For Zendaya and Tom Holland to Be Any Cuter Around Each Other?!

Please excuse me while I gush over Zendaya and Tom Holland's appearance on The Graham Norton Show. No matter where these two go, they can't *not* share an adorable moment together. The Spider-Man: No Way Home costars stopped by Graham's show on Dec. 3 for their press run, and they were definitely giving us couple vibes! Between discussing the upcoming movie and Zendaya's epic Emmy win, the effortless chemistry the duo share is simply undeniable.

The cutest moment during the interview was hands down Zendaya's genuine concern for Tom's Spider-Man suit not having a zipper (we're a little worried about that, too). "I've said this publicly before because I really think we should do something about this," she said. "I actually think, all of us, we need to band together to tell somebody." Tom explained that he strangely figured out how to drink without taking off his costume — feeding a tube through one of the eye sockets — and it pretty much backs up Zendaya's story. We clearly need to petition for a more comfortable upgrade to the Spider-Man suit!

Their charming moments together didn't stop there. We even saw Zendaya throw a bit of shade Tom's way while she explained the problems their height difference caused on the set of Spider-Man: No Way Home — just peep his face. It's clear these two have something special going on, and we can't get enough of it! Ahead, check out their best moments together on The Graham Norton Show.

Related:
Everything Zendaya and Tom Holland Have Said About Each Other, From Friends to Lovers
Previous Next Start Slideshow
ZendayaTom HollandCelebrity CouplesThe Graham Norton ShowCelebrity InterviewsCelebrity QuotesCelebrity Friendships