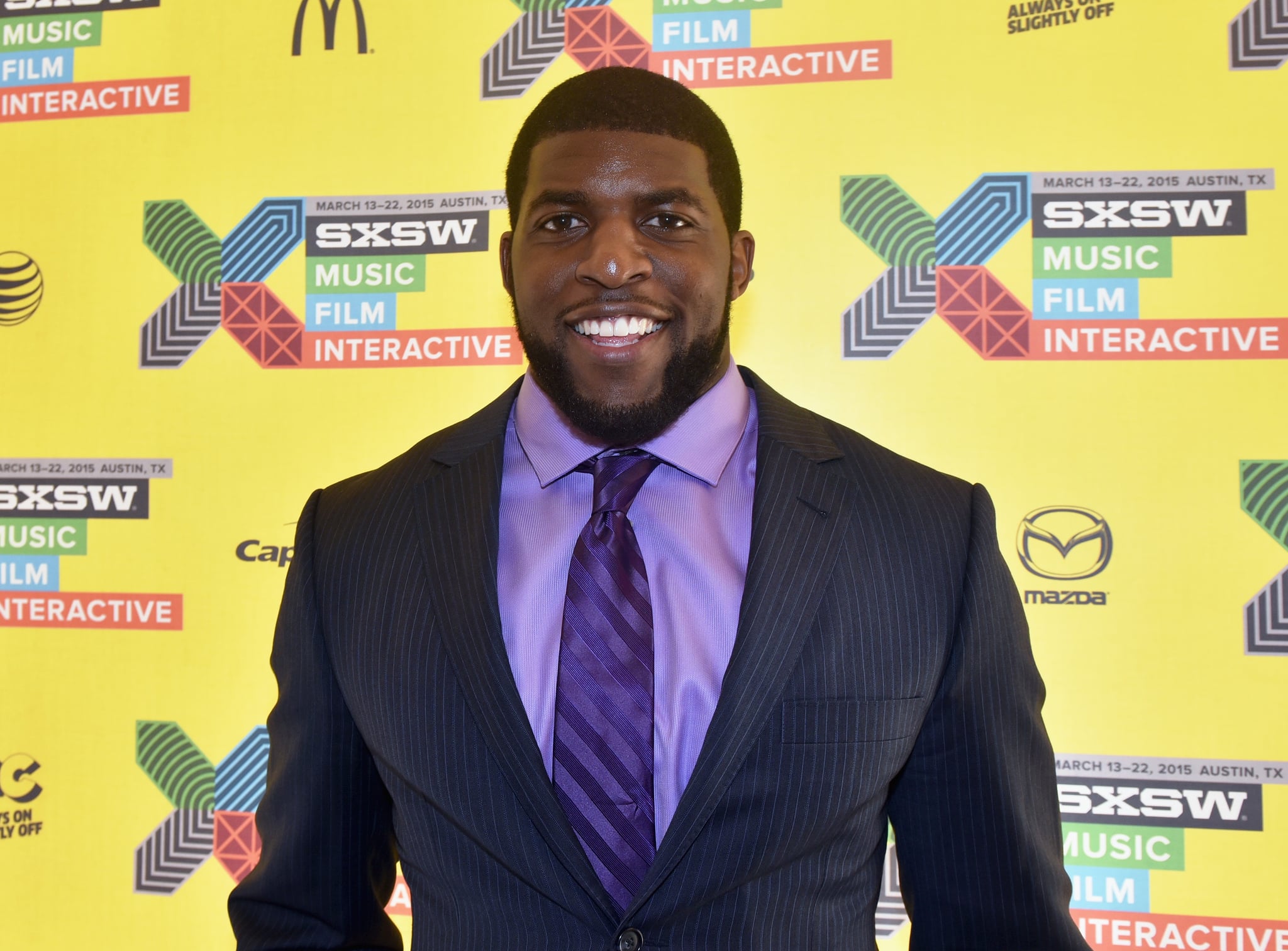 This season of The Bachelor has been jam-packed with drama – both on and off the screen. When fans of the show uncovered photos of Rachael Kirkconnell attending an antebellum plantation-themed party back in 2018, host Chris Harrison dismissed the allegations in a shocking and disappointing interview with former Bachelorette Rachel Lindsay. Days later, Harrison announced he would be temporarily stepping back from the franchise, though the entire season had mostly been filmed. All that was left to shoot was the traditional post-finale special, After the Final Rose.

ABC has announced that the episode will be hosted by former Cleveland Browns linebacker and author Emmanuel Acho — here's everything you need to know about the man who is more than equipped to handle the conversation that The Bachelor has been avoiding for years.

He has a multifaceted career in both sports and TV.

Thirty-year-old Acho got his football career started at the University of Texas, where he played 48 games throughout his four-year stretch. He graduated in December 2011 with a degree in sports management, set his sights on the NFL, and was quickly drafted by the Cleveland Browns in 2012. (Acho also went back to school five years after graduation to earn a sports psychology master's degree from UT Austin.) He was a linebacker up until 2015, playing for the Browns as well as being traded into the Philadelphia Eagles and the New York Giants' practice squad.

Once Acho's football career officially ended after three years, he took a job in 2016 as a sports analyst for the Longhorn Network, which primed him for his later TV success. Soon enough, he began appearing on ESPN2's college football programming, became one of the four "Cover Four" hosts on the Dallas Cowboys website, and appeared on the Longhorn Network's Texas Gameday Desk as an anchor. By 2020, Acho left ESPN and joined Fox Sports, cohosting the show Speak for Yourself that ties sports and politics in a talk-show format.

He is a bestselling author and host of a popular YouTube series.

In summer 2020, right in the midst of the global pandemic and during national protests and unrest following the killing of George Floyd in Minneapolis, the former football player launched a YouTube series called Uncomfortable Conversations With a Black Man. Incorporating discussions on race in the United States, Acho released a book of the same name on Nov. 10, 2020, which sold 18,000 copies in one day and became a New York Times bestseller.

He turned down The Bachelorette – twice.

Two months before his hosting announcement, Acho sat down with Bachelorette alums Mike Johnson and Bryan Abasolo on their podcast Talking It Out to discuss a range of topics, including how he turned down The Bachelorette two times. He told the hosts, "I don't think I could do it . . . I got asked to go on The Bachelorette twice. [In] 2017 and then most recently after Uncomfortable Conversations [With a Black Man]." Acho continued, "I couldn't be The Bachelor because I feel like people would judge me . . . like, you were just kissing her and now you're kissing her? Why are you so grimy?"

He loves to give back.

Acho is passionate about giving back to charity, doing medical missionary work as featured on his Instagram. In the caption, he wrote, "I spent the last 10 days in rural villages of #Nigeria, with a group of 41 American Heroes. We provided roughly 2.2 MILLION dollars worth of free medical care." Continuing to describe the experience, Acho summed it up with: "no black panther costumes, just scrubs, scalpels and real lives being saved in Africa."

Sex and the City
What Has And Just Like That Done to Miranda Hobbes?
by Njera Perkins 1 day ago