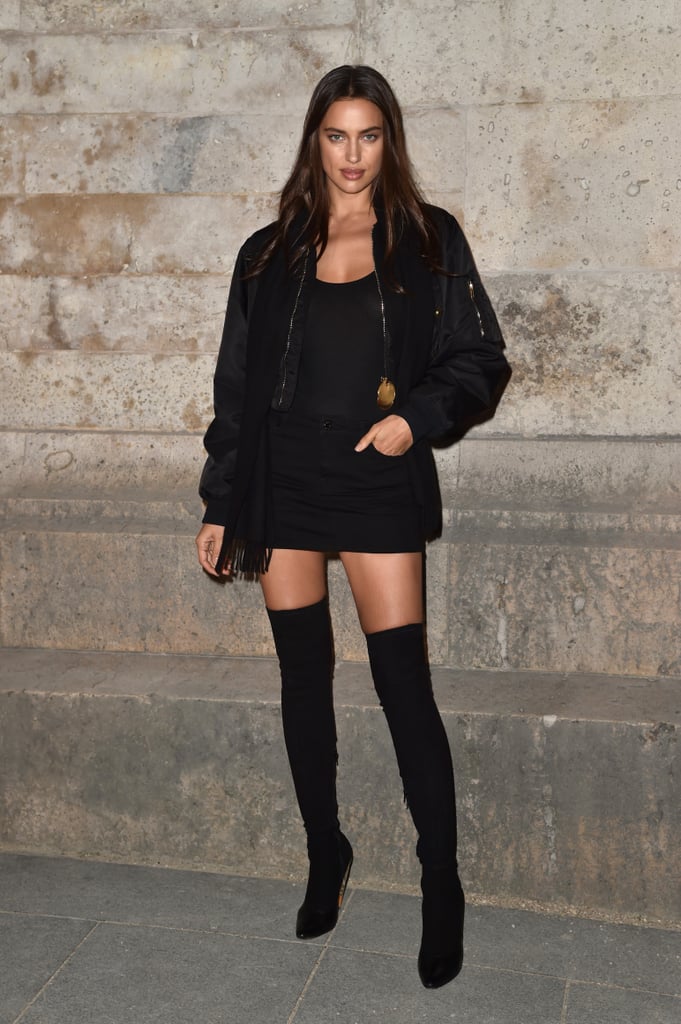 If Irina Shayk looks familiar, it's probably because you remember one of her many magazine cover shoots, or her iconic 2016 Victoria Secret Fashion Show debut where she strutted down the catwalk while pregnant. The model's name could also ring a bell because she was recently rumored to be Kanye West's new love interest.

Photos emerged of Shayk and West in France, where the Life of Pablo rapper celebrated his 44th birthday. While neither one has confirmed nor denied the relationship rumors, a source tells US Weekly, "They've been quietly seeing each other for a couple months." It's been two years since Shayk's serious relationship with her ex, Bradley Cooper, ended, and West is recently single, so they could quite possibly be a couple. Until an official statement has been made, take a stroll down memory lane and see what other A-list celebrities Shayk's been linked to.

Simone Biles
Simone Biles's Boyfriend Shares the Love in Adorable Olympic Tribute: "You Inspire Me"
by Grayson Gilcrease 1 day ago

Summer Fashion
In Case You Forgot, Jennifer Lopez Is Really Into Ben Affleck — Just Look at Her Jewelry
by Yerin Kim 4 days ago