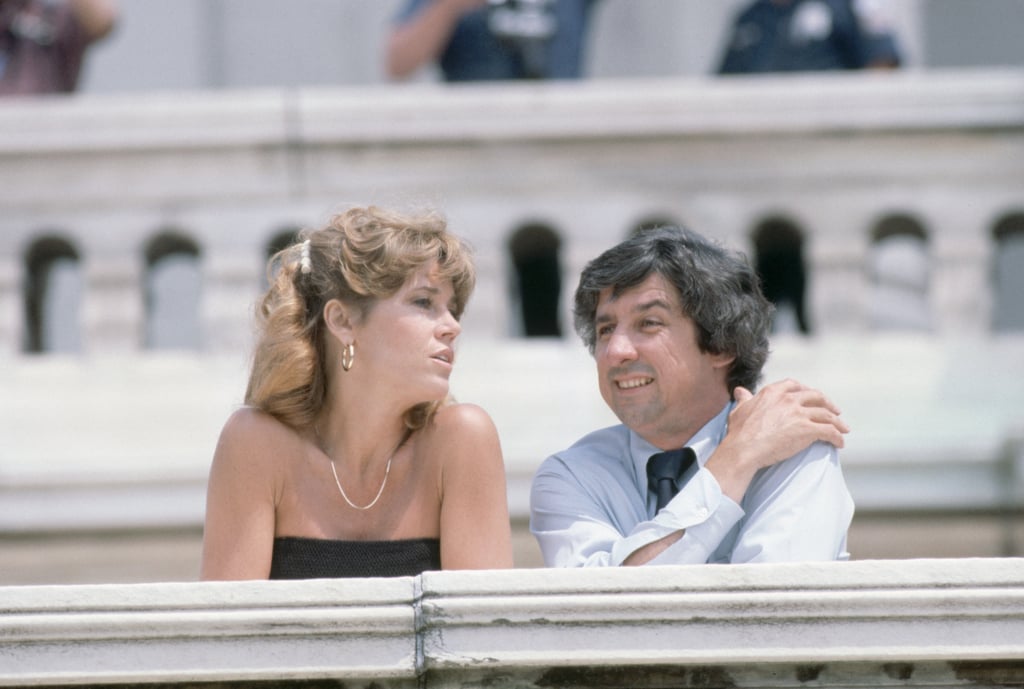 The Real Story of Tom Hayden and Jane Fonda's Relationship

The Trial of the Chicago 7 includes the story of activist Tom Hayden, who was famously married to Jane Fonda. Although their relationship doesn't appear in the movie, since it didn't start until a few years after the Chicago 7 trial, it was a huge part of their public life in the decades following.

Both Hayden and Fonda were serious activists, which is how they eventually met and fell in love. According to The Hollywood Reporter, they first crossed paths in 1971, after Fonda joined the activist world that Hayden had already been working in for several years. In 1972, Fonda gave a memorable antiwar speech at a Vietnam War protest, and they began dating soon after that.

Hayden and Fonda married in January 1973, and they had been dating for some time before that, although Fonda's divorce from her first husband, French director Roger Vadim, was technically only finalized three days before her wedding to Hayden. A spokesperson for the couple told the Gadsden Times that the couple wanted to have a child and thought it would be better to be married "rather than hassle with criticism that would drain our energies from our real work." Their son, Troy Garity (given Fonda's mother's maiden name to avoid the stigma of his controversial parents), was born in July of that year; Fonda already had a 4-year-old daughter, Vanessa, from her marriage to Vadim.

After nearly 17 years of marriage, the couple announced their decision to divorce in late 1989 — but with something of a twist on the usual "amicable breakup" that we're so used to from Hollywood couples. The Los Angeles Times reported at the time that Hayden and Fonda were actually sticking together professionally, despite their personal split, reportedly over Hayden falling for someone else. They continued to work together at the liberal grassroots organization Campaign California, and announced plans to team up on an environmental proposition set to be on the ballot the following year.

Both remarried eventually: Fonda to CNN founder Ted Turner in 1991 (they divorced in 2001) and Hayden to Barbara Williams, to whom he remained married until his death in 2016. Two years later, Fonda reminisced about Hayden in a New Yorker interview. "He had this depth of knowledge, and he gave me structure and guidance, and I learned so much from him that I am forever grateful for. I miss him so much."

Hugh Jackman
"I Love You With All My Heart": Hugh Jackman Shares Wedding Photos on 25th Anniversary
by Chanel Vargas 1 day ago

British Celebrities
Who Is Bukky Bakray? Here's What You Need to Know About BAFTA's Rising Star
by Navi Ahluwalia 1 day ago