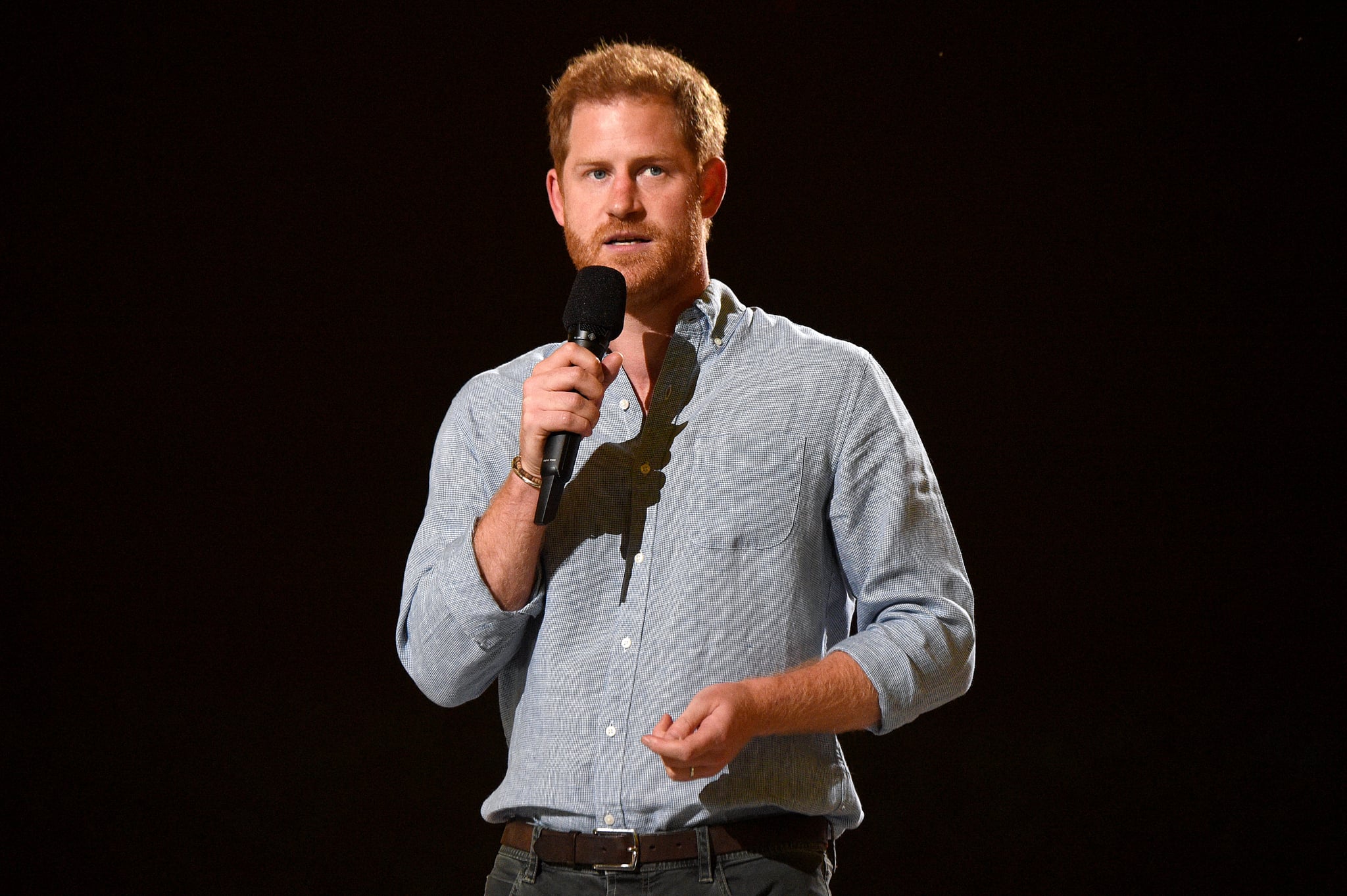 Prince Harry has been opening up more about his mental health since stepping down from his role as a senior working member of the royal family. In addition to his new mental health series titled The Me You Can't See and his role as chief impact officer at BetterUp, Harry recently spoke about his journey with therapy on an episode of Dax Shepard's Armchair Expert podcast.

During the 95-minute interview, Harry, Dax, and the podcast's producer Monica Padman discussed many different topics that all centered around mental health, from Harry's experiences with the paparazzi throughout his life to the trauma experienced after coming back from war. Harry was incredibly candid throughout the conversation, opening up about his childhood, his life after moving to the United States, and his own mental health journey.

Approximately 20 minutes into the discussion, they got into experiencing life as a royal family member. Dax asked Harry if being in the royal family is like being in the The Truman Show, to which Harry responded: "Yup, it's a mix between The Truman Show and being in a zoo." Later Harry spoke about what it was like to have to, as part of his royal duties, put on a smile and comfort others while he himself was going through his own pain. "It's the job," he said. "Grin and bear it, get on with it." He quickly recalled being in his early 20s and not wanting the job. "I don't want to be here, I don't want to be doing this. Look what it did to my mum. How am I ever going to settle down, have a wife and a family when I know that it's going to happen again?" he said. "Because I know. I've seen behind the curtain. I've seen the business model. I know how this operation runs and how it works — I don't want to be part of this."

Harry explained that starting therapy really "burst that bubble" and helped him reshape his thinking. "I thought, 'OK, you're in this position of privilege, stop complaining or stop thinking as though you want something different and make this different because you can't get out." So he asked himself how he was going to do things differently, how he would make his mom proud, and how he would use his platform for change.

"I've seen behind the curtain. I've seen the business model. I know how this operation runs and how it works — I don't want to be part of this."

A huge shift in Harry's mindset was realizing that by helping other people, it helped him. In 2014, Harry created the Invictus Games with the aim of helping people rehabilitate mentally and physically through sport. He explained that he soon discovered that "healing other people heals me," adding, "That's where the compassion comes in. Once you've suffered, you don't want anyone else to suffer."

The conversation then turned to therapy and mental health, particularly when it comes to being in the media. Harry explained that a chat with Meghan helped him really delve into therapy. "She could tell that I was hurting and that some of the stuff that was out of my control was making me really angry; it was making my blood boil." For Harry, prior to meeting Meghan, "it was very much a case of — certainly connected to the media — anger and frustration of this being so unjust — not just about me, but about all of this stuff that I was seeing," he said.

"Helplessness, that's really my Achilles heel. The three major times that I felt completely helpless: one, when I was kid in the back of the car with my mum being chased by paparazzi, two was in Afghanistan in an Apache helicopter, and then the third one was with my wife, and those were the moments in my life where, yeah, feeling helpless hurts," he reflected. "It really hurts, and that's when you think to yourself, 'Sh*t, I've got the privilege, I've got the platform, I've got the influence, and even I can't fix this. I can't change this.' And when you start getting in your head about it, that's when it starts taking a toll."

Listen to the full episode of Armchair Expert with Prince Harry to hear him speak more on his experiences with the paparazzi and his life in California with Meghan and Archie.

Billie Eilish
Billie Eilish Apologizes For Mouthing a Racial Slur: "I Am Appalled and Embarrassed"
by Kelsie Gibson 1 day ago

The Royals
James Corden on Prince Harry's Departure From Royal Life: "I Cannot Imagine Any of It Is Easy"
by Tori Crowther 1 day ago