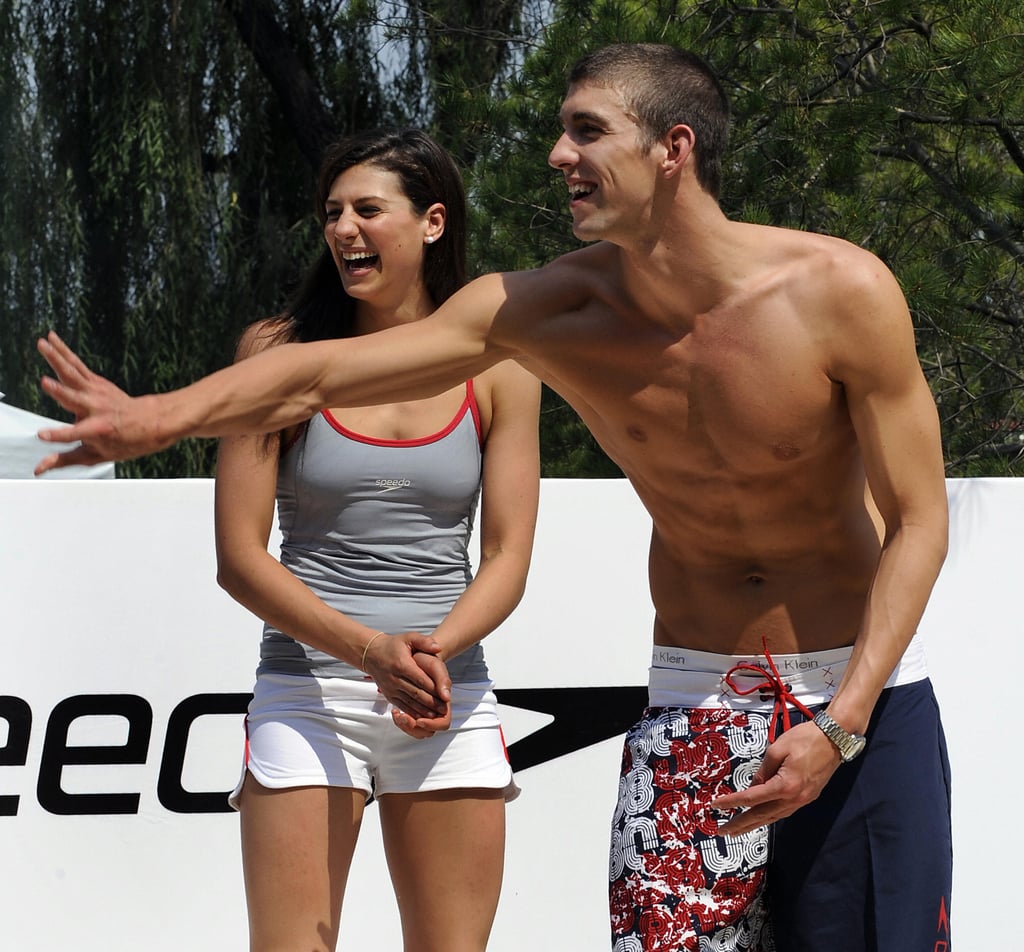 In August 2008, rumors spread that Michael was seeing Australian swimmer Stephanie Rice. The two were reportedly spotted kissing during the 2008 Summer Olympics in Beijing, per the New York Post, but when asked about their relationship status afterward, Stephanie played it coy. "It was just really great to meet him, to meet people of his calibre," she told Woman's Day in September 2008. "He's such a great guy. He's got an amazing body." Michael never commented on the rumored kiss or his relationship with Stephanie.