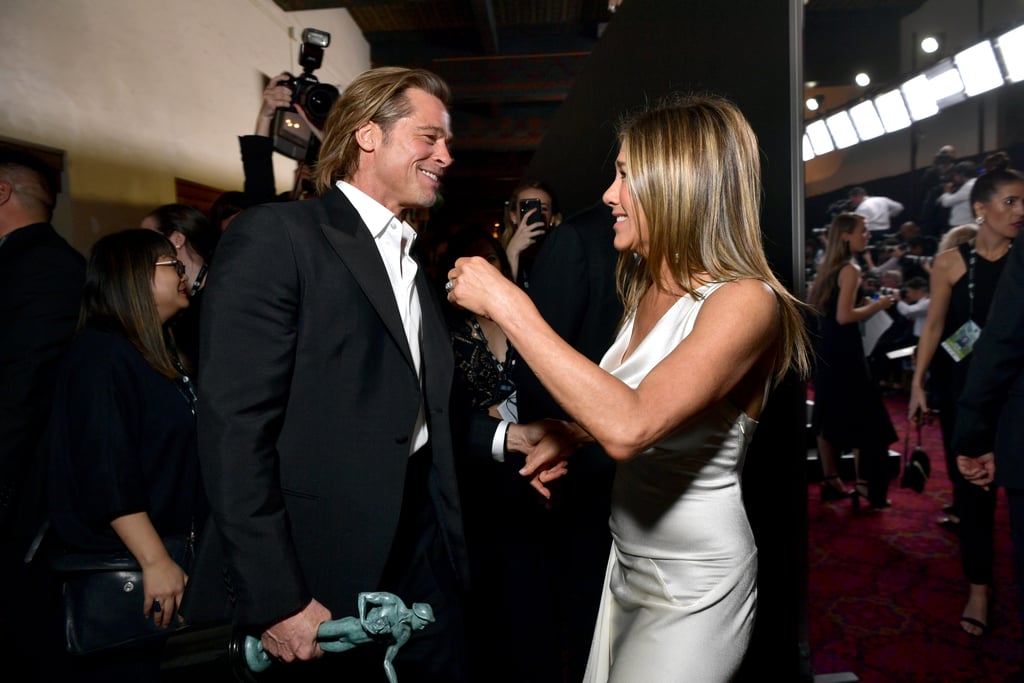 At the 2020 SAG Awards, Brad won an award for his supporting role in Once Upon a Time . . . in Hollywood, and Jen took home an award for her performance in The Morning Show, but the most exciting part of the night happened behind the curtains. Cameras caught Jen smiling affectionately in the audience while Brad accepted his award, and during Jen's speech, Brad was spotted intently watching on a TV screen backstage. "He was very into it. He wanted to hear what she had to say," a source told Us Weekly. "He looked proud. When he walked away after her speech ended, it appeared he wiped his eye."

After their respective wins, the two reunited backstage, where they embraced and chatted. Then, when Jen turned to move on, Brad reached out and grabbed her wrist, like he just wanted her to stay with him, and the internet collectively lost its mind.

Angelina Jolie
Angelina Jolie May Be Known For Acting, but She's Given Us a Few Useful Beauty Tips, Too
by Danielle Jackson 1 day ago

Celebrity Couples
A Look at Chrishell Stause's Relationship History: From Matthew Morrison to Justin Hartley
by Monica Sisavat 2 days ago