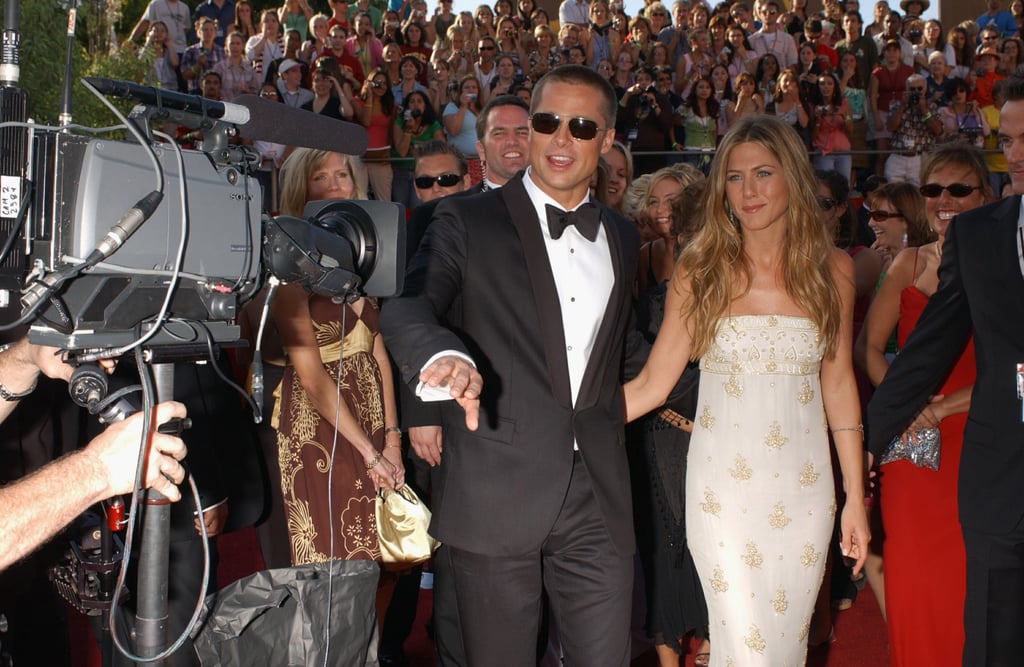 On Jan. 7, 2005, a week after they reportedly spent New Year's vacationing in the Caribbean with Jen's Friends costar Courteney Cox and Courteney's hubby David Arquette, Jen and Brad announced their decision to separate.

"We would like to announce that after seven years together we have decided to formally separate," they wrote in a statement to People. "For those who follow these sorts of things, we would like to explain that our separation is not the result of any of the speculation reported by the tabloid media. This decision is the result of much thoughtful consideration. We happily remain committed and caring friends with great love and admiration for one another."

Nearly a year later, the two finalized their divorce, citing irreconcilable differences as the reason for the split. In a 2005 interview with Vanity Fair, Jen said the process was amicable. "We exited this relationship as beautifully as we entered it," she said.

Celebrity Couples
Who Has Brandon Flynn Dated? A History of His Rumored and Confirmed Romances
by Monica Sisavat 15 hours ago