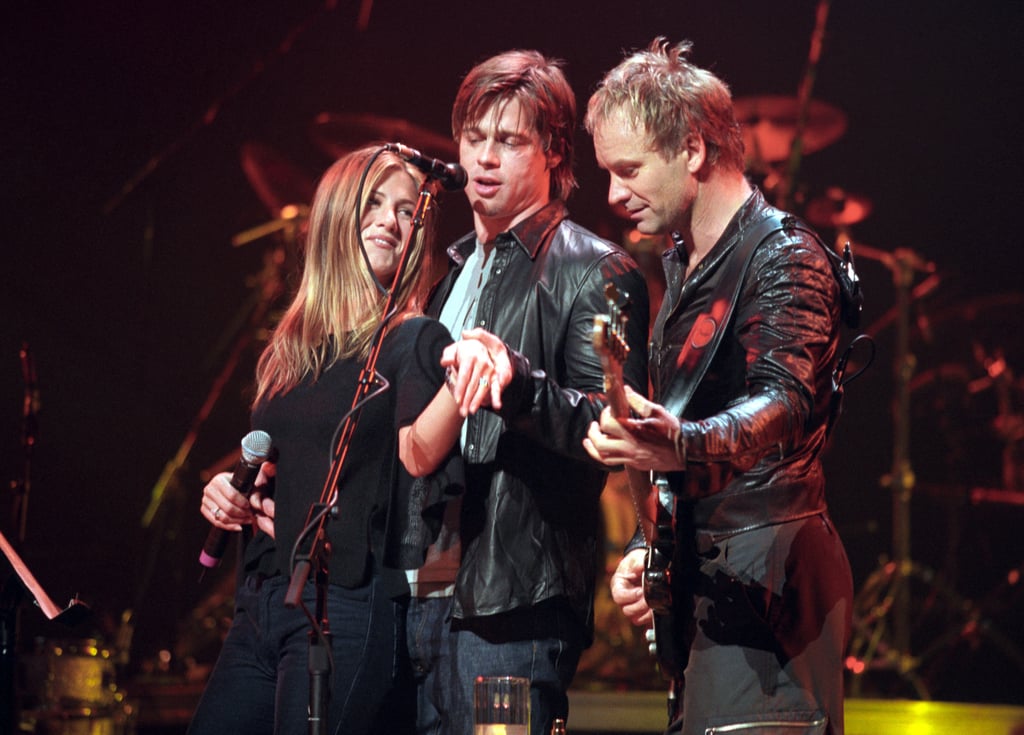 Only a few months after making their red carpet debut, Brad and Jen attended a Sting concert at the Beacon Theater in NYC on Nov. 16, 1999, where they went up on stage so Jen could show the rock star her new rock — a diamond-and-platinum engagement ring from Italian jewelry designer Silvia Damiani. Jen reportedly joined Sting at the microphone to sing "Fill 'Er Up," and during the song, Brad put his arm around Jen and showed off her bedazzled hand to the audience. Though Jen's spokesperson claimed it was not an engagement ring, and Brad's spokesperson said it was a joke, since "Fill 'Er Up" is about getting married, it soon became clear that the engagement was legit.

TV
In Case You're Wondering, Here's How Old the Blood & Water Cast Are
by Monica Sisavat 11 hours ago