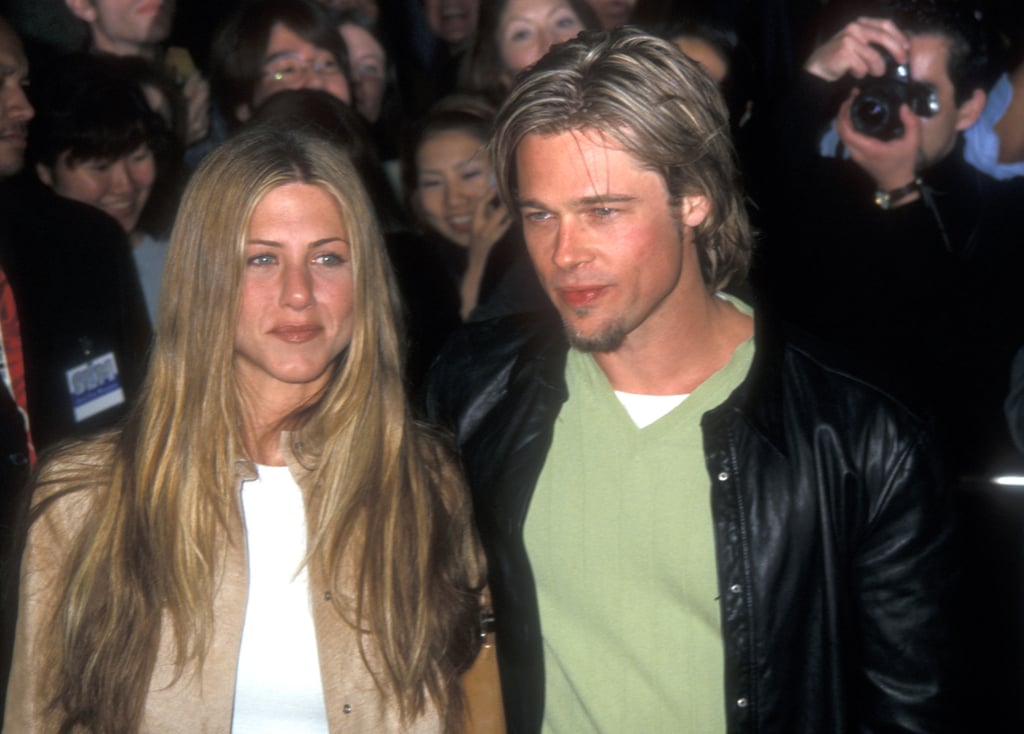 Though Brad and Jen first met back in 1994 through their managers (who were friends), Brad was seeing his Se7en costar Gwyneth Paltrow at the time. Brad proposed to Gwyn in 1996, but seven months later, they called off the engagement. Around the same time, Jen called off her own engagement with actor Tate Donovan, whom she'd been seeing since 1995. Jen and Brad were both single, the stars were aligned, and in 1998, Brad and Jen went on their first date.

In a 2001 interview with Rolling Stone, Jen explained that their managers set them up on that first outing. "He was this sweet guy from Missouri, you know?" she said of Brad. "A normal guy." Three years later, during a 2004 appearance on ABC's Primetime with Diane Sawyer, Jen said she knew they were meant to be from that very first date. "That was a really easy evening," she said. "It was really fun."

Angelina Jolie
Angelina Jolie May Be Known For Acting, But She's Given Us a Few Useful Beauty Tips Too
by Danielle Jackson 1 hour ago

Celebrity Couples
A Look at Chrishell Stause's Relationship History: From Matthew Morrison to Justin Hartley
by Monica Sisavat 1 hour ago

Celebrity Instagrams
The Bachelor's Colton and Cassie Have Split: "It's the Start of a Whole New Chapter"
by Monica Sisavat 2 days ago