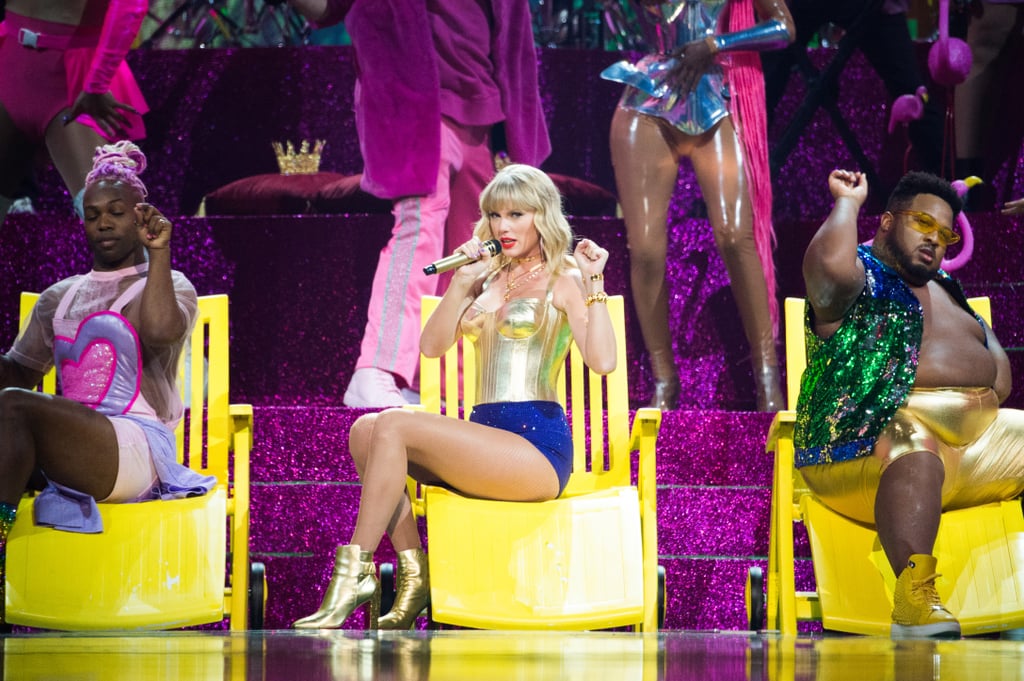 In addition to urging her fans to vote, Taylor also spoke up about LGBTQ+ rights. She donated $113,000 to the Tennessee Equality Project, she used her performances as an opportunity to show her support for the LGBTQ+ community, and she even created a Change.org petition in an effort to pass the Equality Act.

She also voiced her support for the LGBTQ+ community through her song "You Need to Calm Down." Not only does the music video make reference to the GLAAD organization and pride parades, but it's also a celebration of the LGBTQ+ community with rainbow imagery and numerous cameos from LGBTQ+ stars.

F*cking Awesome Females
The USWNT's Record Is Awe-Inspiring, but Their Fight For Equal Pay Will Be Their Legacy
by Emily Weaver 1 day ago