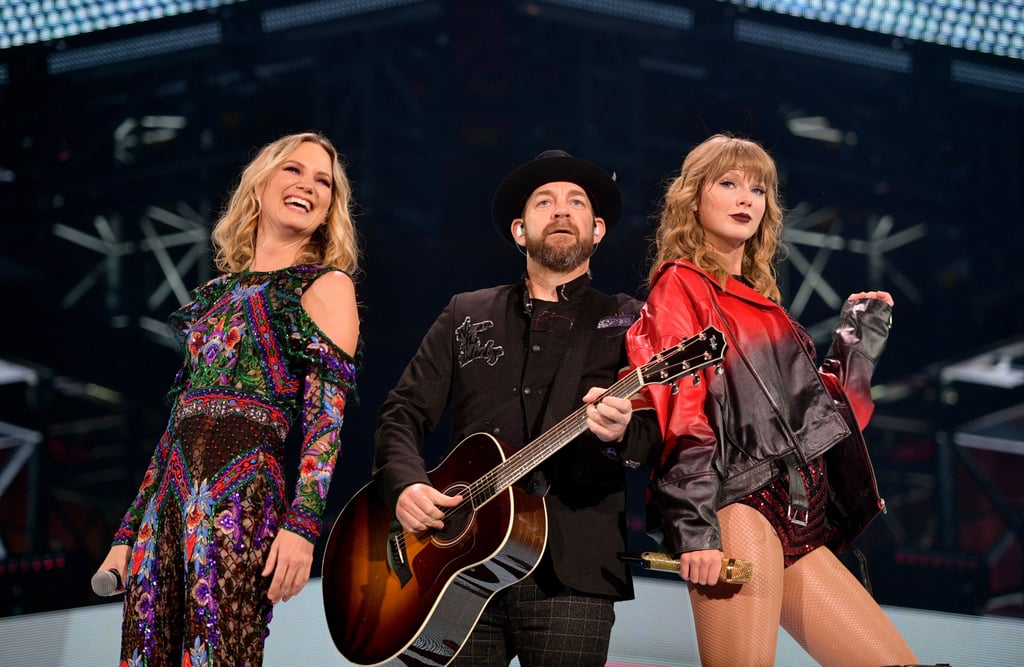 In addition to returning to the famed Nashville cafe, she also briefly returned to her country roots when she appeared on Sugarland's song "Babe" in April. The song, which she cowrote with Train's Patrick Monahan, was originally going to be featured on her Red album, but she later decided to give it to the country band. She also appeared in the Mad Men-esque music video.