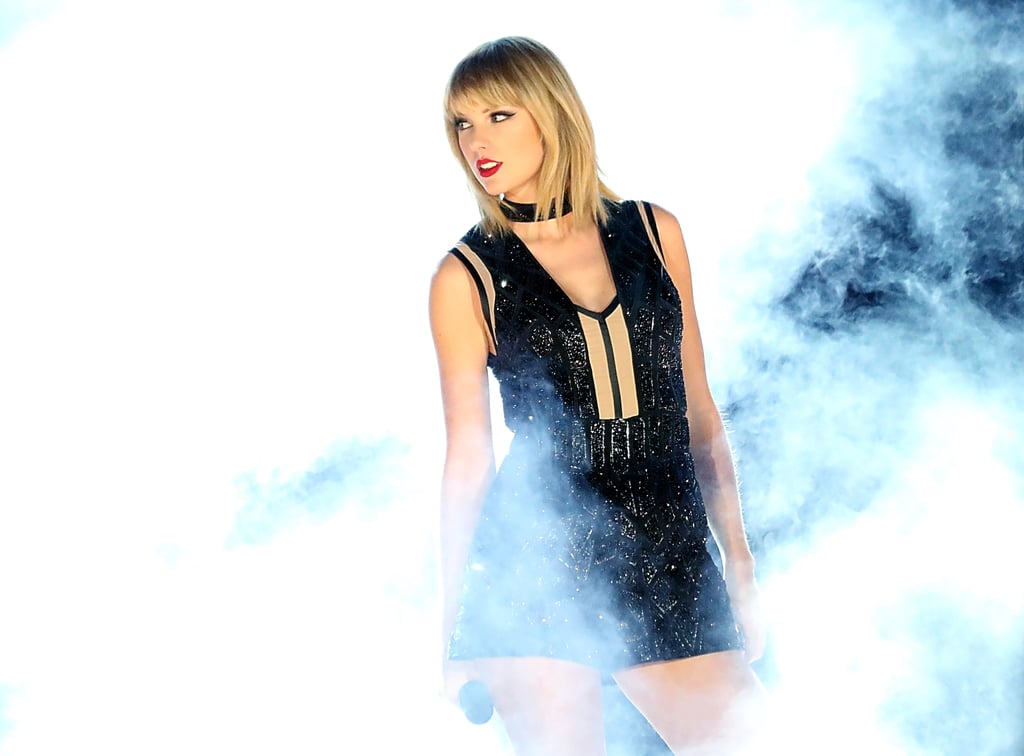 After a year of staying almost completely out of the spotlight, Taylor returned with a bang. She released her new single, "Look What You Made Me Do," shortly after announcing her new album, Reputation. The song, along with the video, is full of references to Kanye and their feud. And just like Kanye did when he premiered his music video for "Fade" at the MTV VMAs in 2016, Taylor released the song's official video at this year's show.

Celebrity Instagrams
Sorry, but the Rose Family Have Nothing on Eugene, Dan, and Sarah Levy's Real-Life Bond
by Monica Sisavat 19 hours ago

Celebrity Instagrams
Ariana Grande Celebrates 10 Years of Victorious: "Some of the Most Special Years of My Life"
by Mekishana Pierre 23 hours ago

Mindy Kaling
Mindy Kaling Is Having a Lot of Fun With Her WFH Outfits, and We Wouldn't Expect Anything Less
by Nikita Ramsinghani 1 day ago

by Kate Schweitzer 16 hours ago

by Sarah Wasilak 19 hours ago

We Finally Have the Trailer For Killing Eve Season 3 — and a New, Earlier Premiere Date!