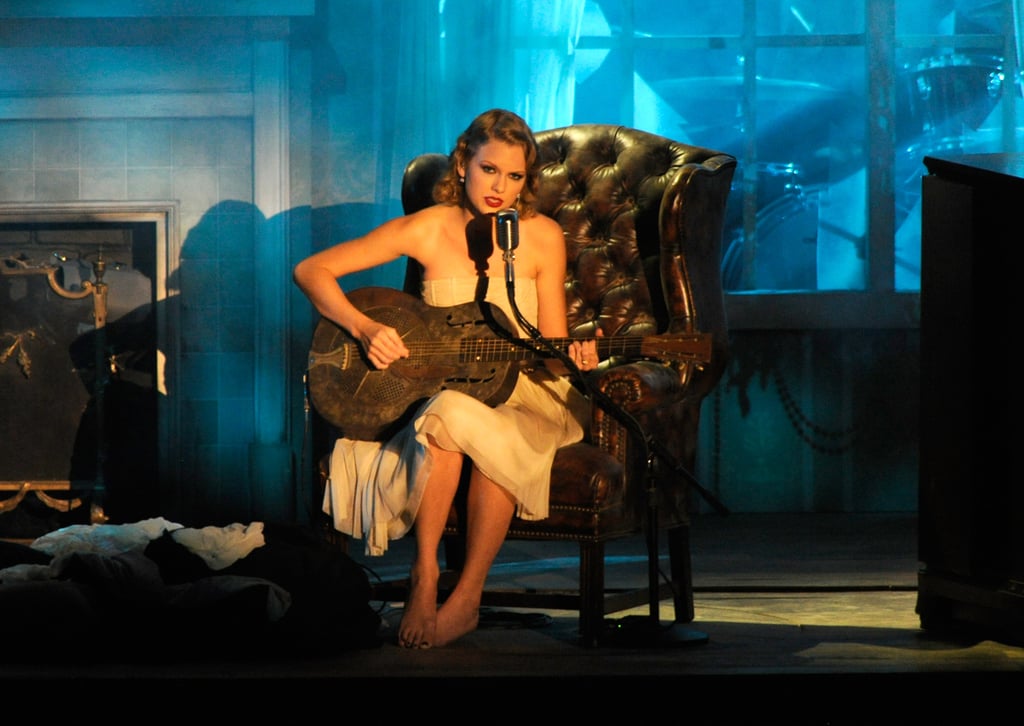 The following year, at the 2010 MTV VMAs, Taylor sang a new song from her soon-to-be-dropped Speak Now album. The song was called "Innocent," and it was widely speculated that Taylor meant to address the whole Kanye mess. The performance seemed to confirm the rumors, as Taylor projected clips of the 2009 incident on a large screen before she started singing.

Ben Platt
Dear Ben Platt, Thank You For This Beautiful Cover of Robyn's "Dancing on My Own"
by Brea Cubit 1 day ago