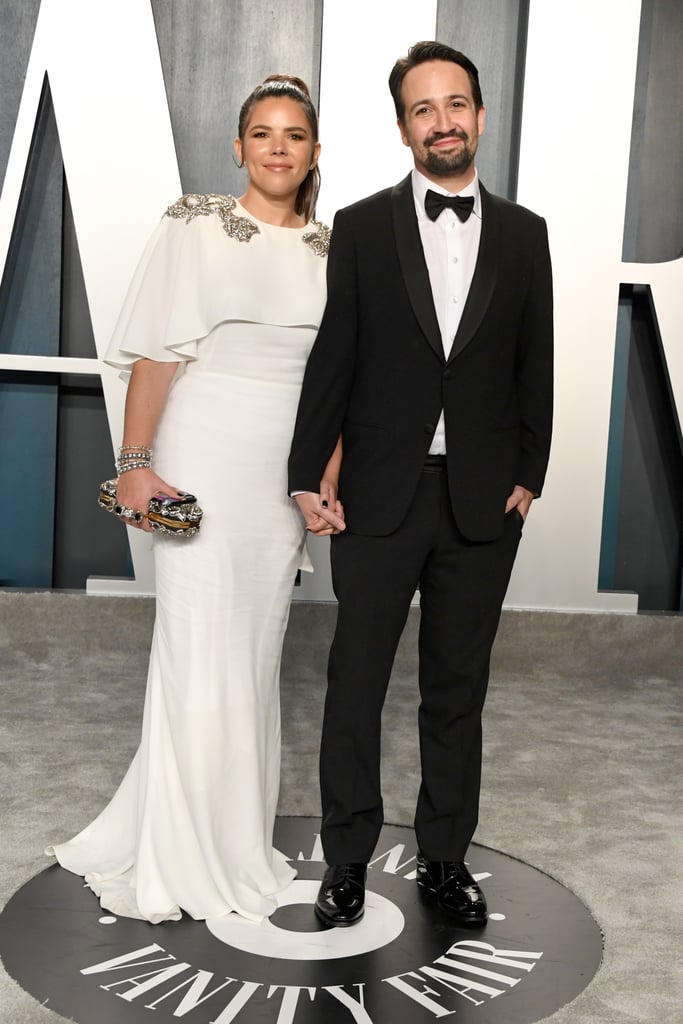 When it comes to celebrity couples, Lin-Manuel Miranda and his wife Vanessa Nadal certainly have one of the sweetest love stories. Before making it big on Broadway with Hamilton, Lin-Manual met the lawyer when he was still in high school. Even though he had a crush on her, he never worked up the nerve to talk to her. "She was gorgeous and I'm famously bad at talking to women I find attractive," he told The New York Times in 2010. "I have a total lack of game." Though the two parted ways as they went to separate colleges — Lin-Manual went to Wesleyan University, while Vanessa went to MIT — they eventually found their way back to each other.

In the summer of 2005, Lin-Manual found Vanessa on Facebook and invited her to his Freestyle Love Supreme show. After getting her phone number from a friend, Lin-Manuel invited her to another show, where he eventually won her over with his freestyling skills. "When he came onstage, I thought, I really like this guy," she told The New York Times. "He was up there freestyling and weaving rhymes together. It's pretty impressive. He's really, really smart."

Similarly, Lin-Manual was impressed by how confident Vanessa was. "She knows she's dope," he told The New York Times. "She's beautiful but not vain. She's smart but not arrogant. It's like, all killer, no filler." He eventually invited Vanessa over to his place to play Grand Theft Auto, watch a JAY-Z movie, and listen to Marc Anthony, and the rest is pretty much history.

In September 2010, the two tied the knot with a reception that included Lin-Manuel singing "To Life" from Fiddler on the Roof. In addition to showing off their love on the red carpet from time to time, the pair are happy parents of two. They welcomed their first son Sebastian in November 2014, and their second son Francisco in February 2018. Keep reading for some of their cutest pictures together.

Related:
Follow the Original Cast of Hamilton Before It Premieres on Disney+
Previous Next Start Slideshow
Lin-Manuel MirandaCelebrity Couples