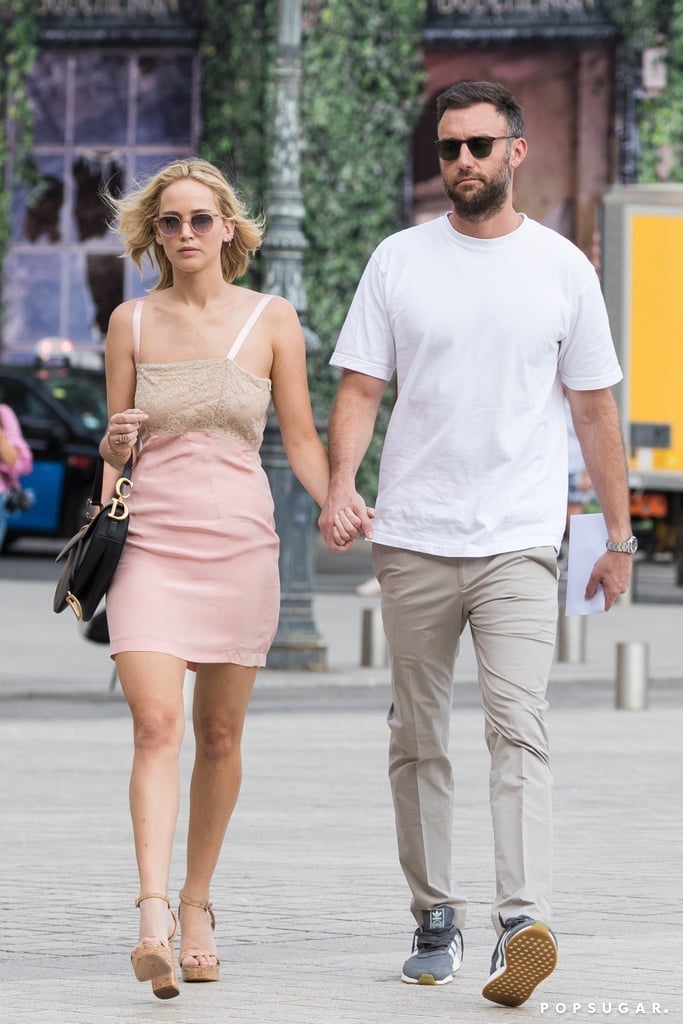 Jennifer Lawrence and Cooke Maroney are officially married! According to People, the 29-year-old actress and the 34-year-old art dealer tied the knot at the Belcourt mansion in Rhode Island on Saturday. The couple were surrounded by about 150 of their closest friends, including Jen's pals Sienna Miller, Adele, Emma Stone, Amy Schumer, Kris Jenner, and Ashley Olsen. Jen reportedly wore a dress by Dior for the big day. Prior to the nuptials, Jen and Cooke held a rehearsal dinner on Friday that featured a clambake and brought out the couple's nearest and dearest.

The couple first started dating in June 2018 and have been notoriously private about their romance ever since. In February 2019, Jen's rep confirmed to People that they were engaged when she was spotted wearing a "massive" diamond on her ring finger. Three months after getting engaged, Jen and Cooke celebrated with a glamorous bash in NYC. Congrats to the happy couple on their recent nuptials!