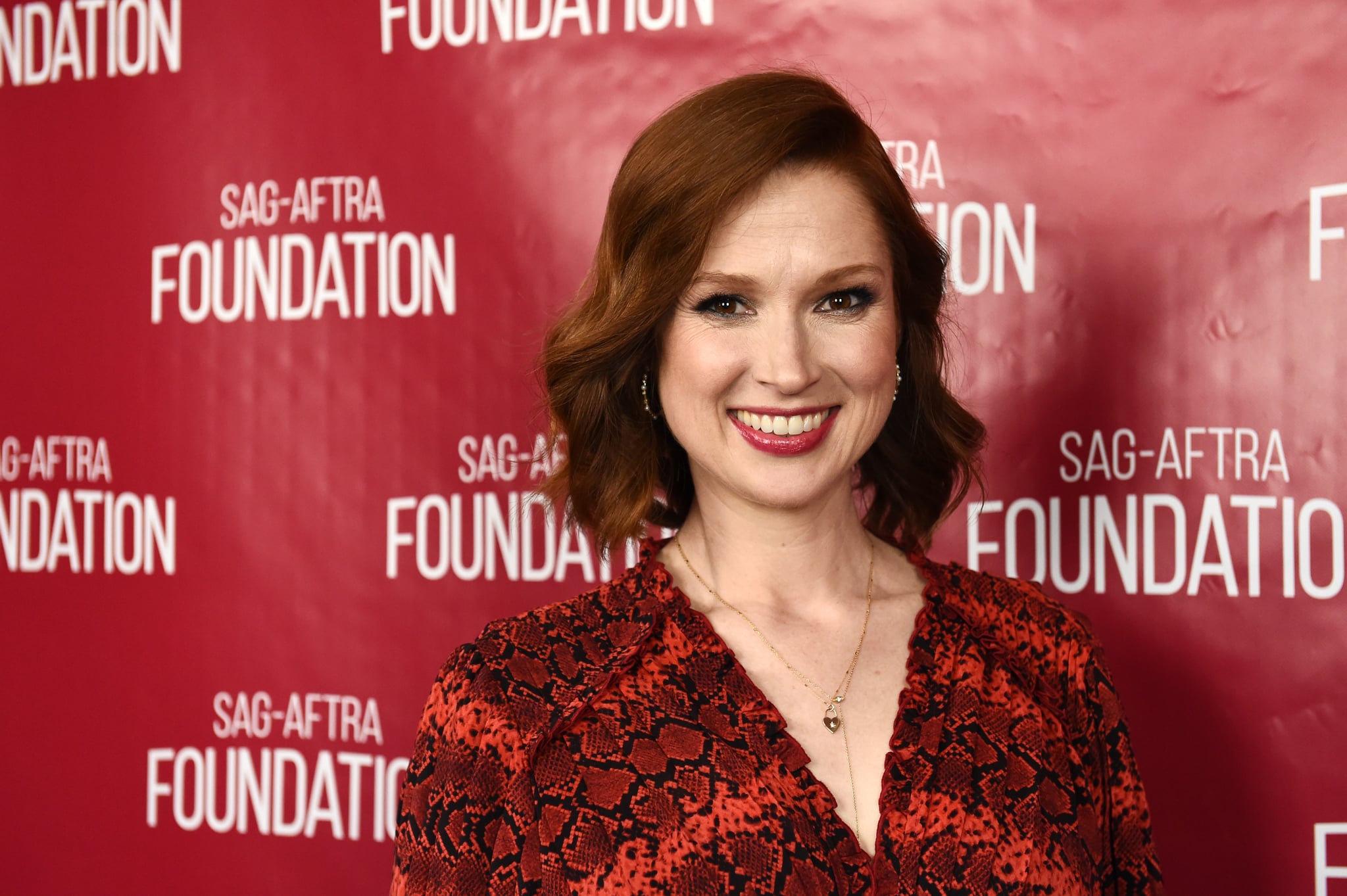 It's never guaranteed that when you see an actor's name trending on Twitter, it's for something good. That's just what happened when Unbreakable Kimmy Schmidt's Ellie Kemper began trending on May 31, after a user tweeted, "So was no one gonna tell me Ellie kemper aka kimmy Schmidt was crowned KKK queen in 1999," alongside photos of the actress at the 1999 St. Louis Veiled Prophet Ball. But what exactly is the Veiled Prophet Ball, and what are its connections to the white supremacist group? Ahead, we've broken down everything you need to know about the organization behind the ball, what it is, and how Ellie and her family are involved.

The first Veiled Prophet Ball and Fair was held in 1878, after the creation of a secret society by Confederate cavalryman Charles Slayback. Ahead of the event, the group secretly elects someone to take on the role of the Veiled Prophet, a figure based on poet Thomas Moore's "The Veiled Prophet of Khorassan." The Veiled Prophet then chooses a Queen of Love and Beauty from among the attendees, gifting her with a tiara or pearls after dancing a "royal" quadrille. According to The Atlantic, the parade — whose first theme was ironically "progress and wisdom" — was "meant to reinforce the values of the elite on the working class of the city."

While these values may not have been explicitly stated, the racist subtext is clear; the original Veiled Prophet's look is similar to that of a Klansman, and the organization didn't accept Black members until 1979. In 1969, Black activists — including a Black Veiled Prophet and Queen of Love and Beauty — were arrested for picketing the event. Percy Green, leader of civil rights organization ACTION, said while leading demonstrators, "White racism must go, the Veiled Prophet must go." In 1972, activist Gena Scott protested alongside ACTION, managing to infiltrate the ball and unmask Tom K. Smith Jr. as the year's Veiled Prophet. ACTION later sued the city of St. Louis, "alleging it was condoning racism by allowing the ball to be held" at Kiel Auditorium. The event was moved and by 1992, the name of the fair portion had been changed to Fair St. Louis to distance itself from its past.

Regardless of the event and organization's attempts to distance themselves from the past, the link is still clear on the official St. Louis city website. "The traditional [Veiled Prophet] celebration has represented for St. Louisans a perceived link between different components of the community in a holiday celebration, while also reinforcing the notion of a benevolent cultural elite," the blurb reads. Ellie was crowned Queen of Love and Beauty at the 1999 Veiled Prophet Ball while she was a freshman at Princeton University. The idea of a "benevolent cultural elite" still existing reinforces why Ellie participated as the Kemper family is one of the wealthiest in Missouri; Ellie's father is the former CEO of Commerce Bancshares and her great-great-grandfather is railroad magnate William Thornton Kemper Sr.

"It is the role of anti-racist white people in orgs like the VP to talk to other white people and organize to end racist institutions that are upholding white supremacy."

Even as recently as 2015, Missourians Organizing for Reform and Empowerment (MORE) began the #UnveilTheProfit week of action to call out the group and its racist ties. "The VP's survival is a testament to the power of the St. Louis 1% and the insidiousness of racism in St. Louis. That is precisely why we are choosing to target them," MORE organizer Molly Gott said in a previous interview with Feministing. "The VP org at this point is a symbol of how the 1%, mostly white, maintain their power and uphold white supremacy. It is the role of anti-racist white people in orgs like the VP to talk to other white people and organize to end racist institutions that are upholding white supremacy. These organizations are oppressive in their foundations, and reform will just cover that up. If people inside the organization are just realizing that the organization is part of this system, then they need to pick a side. Continued participation with the group is perpetuating these systems of oppression."

Veiled Prophet may not have actual ties to the KKK, but its origins are rooted in racism and it has benefitted from white supremacy as an institution. On June 7, Ellie acknowledged her participation in the event in a lengthy apology post on Instagram, saying that she "was not aware of the history at the time, but ignorance is no excuse. I was old enough to have educated myself before getting involved."

Animated Movies
Little Girl Reacts to Looking Just Like Encanto's Mirabel: "It's Me, Mommy!"
by Kate Schweitzer 21 hours ago

Identity
Why Do Latinx Shows Keep Getting Canceled?
by Johanna Ferreira 1 day ago

Personal Essay
As a Black Fashion Editor, I Have People Like André Leon Talley to Thank For My Dreams
by Shelcy Joseph 1 day ago

Celebrity News
Adam Rippon and Jussi-Pekka Kajaala Secretly Got Married: "It Was Perfect"
by Monica Sisavat 2 days ago