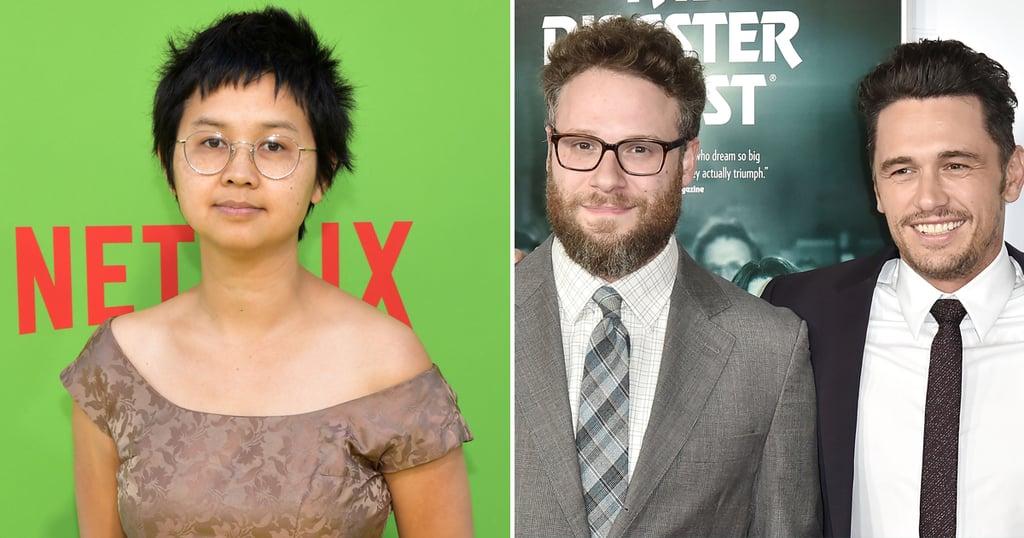 Charlyne Yi wants to hold James Franco and Seth Rogan accountable. On April 8, Charlyne used Instagram to call out the longtime collaborators. Charlyne said Seth enables James, who she accuses of "preying on underage girls" and "abusing his power and platform to gaslight them." James has faced several sexual misconduct allegations from women over the past few years, including messaging a 17-year-old girl in 2014 and inviting her to his hotel room.

Charlyne worked with James and Seth when she played Safowa Bright-Asare on the Disaster Artist. In her Instagram post Charlyne alleges she tried to quit the movie because of accusations against James. She was bribed to stay on with a "bigger acting role" which was "the exact opposite" of what she wanted. "I didn't feel safe working with a f*cking sexual predator," Charlyne wrote. Her fears were minimized, with people on the project saying Franco's behavior was behind him, "when [she] literally heard of him abusing new women that week."

"Seth Rogen was one of the producers on this film so he definitely knows about the bribe and why I quit," she continued in the caption. Charlyne referenced a 2018 statement Seth made when confronted with accusations against James. "The truth is that my perspective on this is the least relevant perspective," Seth told Vulture. "I'm friends with these people and I'm a dude. All that combined makes me the last person who should be talking about this . . . There are so many people with real things to contribute to the #MeToo discussion that anything I say is not going to add anything useful."